Hari Nidamarthy explains how simulation is more important now than at any other time in history for communicating ideas when it is difficult to meet people face-to-face.

The ongoing Covid-19 pandemic has affected many areas of our lives. It affected how we live, how we communicate with others, and not the least our daily work life. We have seen more and more people are going online. Many companies have allowed their staff to work as much as possible from home. Places, where physical presence is required, are running at a reduced capacity with social distancing. Most of the changes that we have adapted very quickly in little time would serve our purpose for now. However, these quick-fix solutions, will not take us very far in terms of productivity. The, natural, next question is, how can the companies prepare themselves for a similar situation in the future? Is it possible to model the systems such that they are flexible enough to be changed for any future challenges? In this article, I present five ideas of how manufacturing systems can be designed and tested with the help of simulation so that they are ready to be altered for future needs.

1. Safety oriented design
An important parameter that Covid-19 introduced into the design strategy is operator safety in terms of health. Our design must take into account any types of adjustments as per the safety norms of the future. Let us consider a manual assembly line as an example. A part needs to be assembled in four stages while maintaining operator safe distance of 1.5m apart and hourly sanitation of operator hands that takes, say, 10mins. We start the simulation with a generic approach and introduce new parameters in the following iterations. We start with four resources and four tables as shown in the picture

Simulate the line based on the inputs, for example, process flow, operator assembly times at each stage, part travel times between the stations, routing of the rejected parts. We conclude the iteration by analysing the output of the simulation for parameters, say, throughput, operator efficiency, capacity utilisation, physical space.

In the following iterations, we introduce more parameters to the system related to operator safety. Few alternatives that can we can test are:
i. Move the six operators away from each other.
ii. Operators work on more than one station (reduced capacity).
iii. Place a collaborative robot in the line.

We should design the systems such that the transporters (Operators, AGV, drones, or even conveyor systems) are flexible enough to be modified as per the future needs. Safer paths for operators while accessing common areas will be a criterion. With the help of simulation, we can test the various paths and analyse the risk of operators getting closer to each other.

Let us consider a case where all operators need to place the assembled parts at the same location. The first iteration can be to make one operator wait while the other is accessing the area. However, this might lead to longer idle/wait times of the operators.

Some alternatives that we can test are
i. Design the operations such a way that they are not accessing the common area at the same time.
ii. Use a mobile robot that can go collect the parts at various operator stations and deliver them at the common area. Mobile robots give us the flexibility of continuous improvement by adjusting the routes as per the future needs.

3. Modular systems
A modular system is a group of subsystems that can work independently as well as in the combination. We can move any subsystem to a place of need. We can also combine them to create a synergic effect. For example, we consider a robotic welding system for producing parts of varying sizes.

The traditional setup for this problem is a two-robot welding system working on a single weld table surrounded by a safety fence/cabinet. However, these two robots cannot be separated if the need arises. In a modular system, we can move these two robots to different locations in the factory to work on small parts (if all the operations/welds are within the robot's reach). We can combine them if we need to weld a large part (if each robot is not able to reach all areas of the operations/welds). We also need to standardise the work calibration routines so that the system will be up and running in minimal time.

We can avoid investment in developing own hardware if we adapt the architecture of open- source boards, for example, Arduino. An Arduino board supports many protocols through their so-called ‘shields’ which are external circuit boards that can be attached to the mainboard based on the need. These shields are available in the market for a small cost and the customers can plug the shield and communicate to the peripherals using their favourite protocol.

Imagine a robot on wheels that we can move around for pick and place operations. When inside the factory network, it can communicate with the MES system through the standard protocols TCP or UDP. If we take need to use the same system in a place with no internet connectivity and a very limited mobile network, we can transfer the data over 2G by connecting a GSM board to the main Arduino and use an MQTT protocol.

Although it is not possible to simulate the real-time connectivity through simulation, one can prepare the data to be transferred in the simulation environment.

5. Robotics
Effective use of robotics helps us in doing the repetitive tasks without fearing about the health risks. Collaborative robots (also called Cobots) do not need safety fencing like traditional robots and they can work very close to the operators without any risk. We can introduce cobots between the operators in an assembly line to create the ‘social distance’ between them. Offline programming (OLP) of the robots is not a new concept, and yet, many companies still use conventional programming methods to teach the robot. Using offline programming, an operator can sit in the office or at home and create all necessary robot programs instead of spending time on the shop floor. OLP reduces the time for programming the robot by more than 80% compared to online programming.

6. Final Thoughts
We have seen some scenarios that can help the companies to design flexible systems with the help of simulation so that they can be adapted/changed as per the future needs. We have also seen that adapting an iterative approach of Design-Simulation-Analysis-Iteration results in the flexible design of the systems. Our design starts with the generics and converges to the specifics in successive iterations. In a real-time scenario, we can import the data from an existing system and iterate through ‘what-if’ scenarios and further optimise the existing system for continuous improvement. With real-time data, we can get accurate results since the data is factual rather than random data generated through an algorithm.

In the present times where it is difficult to meet people face-to-face, simulation is more important now than any other time in history for communicating the ideas.

Hari Nidamarthy has 13 of experience in virtual manufacturing. Currently he is heading APEXIZ based in Hyderabad, which he started in 2016. APEXIZ is an engineering services company offering services in plant simulation and offline programming. Before starting APEXIZ, Hari has worked in Sweden for 9 years and has a master’s degree in Industrial Automation from Sweden. 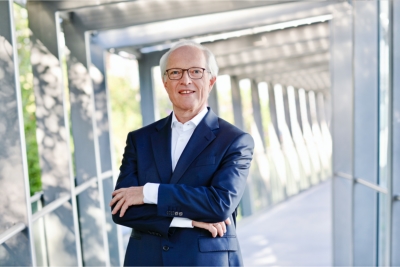 Four Strategies to help Schmalz through the Corona Crisis 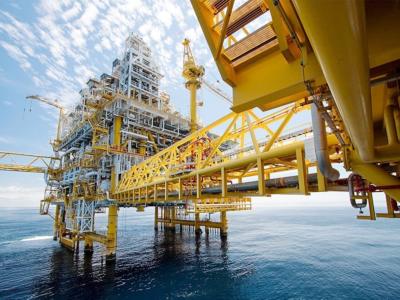 Impact of Covid-19 on the Oil and Gas Sector...