India has the world’s 6th largest manufacturing output – but what does the future hold? Adrian Lloyd presents an analysis.

India is an emerging market and a developing economy. Indian society has long been characterised by high levels of extreme deprivation, but strong economic growth has seen millions of people lifted out of poverty – more than 271 million between 2006 and 2017. World Bank statistics put the proportion of households with access to electricity at 70% in 2007, rising to 93% in 2017. Before Prime Minister Narendra Modi came to power, the proportion of people having access to basic sanitation stood at 40%. This has increased to 99.45% as of July 2019.

While around 22% of the population, mainly in rural areas, still live below the poverty line, this vast country – with its population of over 1.3 billion it’s the world’s largest democracy – has made a big impact on the global manufacturing stage, and our data ranks the country at 6th place in terms of total global manufacturing output. This puts India ahead of developed countries such as France in 8th place, and the UK in 11th. The figures themselves do not amaze when taken at face value. While China dominates global manufacturing, occupying an unassailable 47.1% of total global output in 2019, with the USA, Japan and Germany in 2nd, 3rd, and 4th positions, on 14.8%, 7.7% and 4.4% respectively, India’s share stands at a seemingly meagre 2.5%.

However, the long running debate around India surrounds its potential. There is no doubt that India has potential – in 2019 it was ranked by the IMF as the world’s 5th largest economy by nominal GDP and the 3rd largest by PPP. The question is, to what degree will this potential be realised? In particular, people often ask: ‘is India going to be the next China’? On the one hand,

India’s manufacturing sector has been on a huge growth trajectory – averaging 4-5% yearly. And, although Covid-19 will knock this figure down (we estimate the decline will be -12.2% in 2020) we only anticipate a stuttering recovery in the short term, up to 2024. Our view is that India is on track to hold its position as the world’s 6th largest manufacturer out to 2024 – but it does not look as though the country is implementing the levels of infrastructural and other investments that would be needed to make it into ‘the next China’ any time soon.

The Indian manufacturing sector is internationally competitive. It adheres to international quality standards, and is known for its efficiency and its good manufacturing facilities. India is fast attracting world corporations wanting to take advantage of the sector’s skills and low production costs. Our MIO Tracker identifies India’s fastest growing sector as Aerospace Production – with its historic 2007 to 2019 compound average growth rate (CAGR) standing 31.9 percentage points above the 12-year average for the consolidated 38 regions covered by the MIO. While the second fastest-growing sector is Semiconductors and Electronic Components, with a CAGR standing at 9.2% above the 12-year historic average. Textiles production occupies the largest global share in that sector, accounting for 6.1% of total MIO value for all regions in 2019. For machinery, Machine Tools was the fastest-growing sector, with a historic CAGR 14.4 percentage points above the 12-year average for all other regions. Textiles machinery comes an unsurprising second, its CAGR being 6.1% above the 12-year historic average. Indian Air and Gas Compressor production is the largest in the world, occupying 14.9% of the sector’s total MIO value in 2019. Farming machinery comes second place globally, accounting for 11.2% of the sector’s total MIO value.

Let’s look at a couple of key sectors:
Aerospace – attracting significant inward investment
Manufacturing Today reports that major aerospace & defence manufacturers have been attracted to the Indian market owing to the government’s Make in India initiative, which has introduced a raft of policies and regulations transforming the industry into an attractive proposition to both foreign and domestic investors. Global defence giants including Europe’s Airbus and America’s Lockheed Martin have been drawn into the fold. Anand Stanley, President & Managing Director, Airbus India & South Asia, recently said: “For Airbus, India is not just a large, fast-growing market for aerospace products and services. It is a base, a strategic resource hub for emerging technologies, world-class talent and research and development that will power not just aerospace and future aerial mobility but also Industry 4.0 in the years to come.”

The civil aviation sector in India has been growing rapidly. It recorded annual growth of over 41% in passenger traffic between 2017 and 2019 and has contributed significantly to the growth of the international civil aviation sector. The rapid growth of air passenger traffic has resulted in a major modernisation of infrastructure, including airports, navigation and surveillance systems and facilities for the maintenance and repair of aircraft.

The elephant in the room, of course, is the Covid-19 pandemic. As of 9th August 2020, the WHO reported India as having the 2nd highest number of confirmed cases in the world. India has struggled to contain the virus, and, of course, the aviation sector has been hit hard globally. Our MIO Tracker offers the following data for the aerospace production sector. From relative highs of $1.3bn and $1.5bn in 2018 and 2019 respectively, the value of production will fall to $0.9bn in 2020 – a -36.4% drop – and will then increase by small increments up to $1.2bn by 2024. I.e. it will take some time beyond 2024 for 2019 levels of production to be surpassed. Difficult enough as this is, for the Indian economy, it is a global pattern, owing to the toll the virus has taken on air travel more generally.

India is one of the world’s largest producers of textiles and apparel. The industry has strong historical foundations, and is wide-ranging, taking in the production of fibre, yarn, and fabric, and including on the one hand small-scale skilled and traditional handicrafts to, on the other, large textile industries mass-producing material and clothing for international markets. The sector contributes 2.3% to India’s GDP, 7% to the country’s manufacturing production, and 13% to the country’s export earnings. The textiles and apparel industry is the second largest employer in the country. Up to 55 million people currently work in the sector. In these Covid times, it is interesting to note that India is the second largest manufacturer of PPE in the world, this segment’s global market value being predicted to be $92.5bn by 2025. The value of the textiles and apparel industry currently dwarfs that of the aerospace sector. We are talking in terms of 100s of billions of dollars. The value of textiles production hit a high point in 2019, peaking at $121.4bn. Covid-19 has taken its toll in 2020, our prediction being a -14.5% drop on the 2019 figure, down to $103.8bn. There will be progressive yearly increases up to a value of $110.4bn in 2024. As with aerospace, it will take some time beyond 2024 for 2019 revenues to be surpassed.

Our analysis of Indian manufacturing describes a burgeoning sector currently stymied by the coronavirus. We predict that India’s economy will be one of the slowest to recover. Manufacturing industries have been particularly hard-hit, with only 5 out of 16 sectors forecast to recover to 2019 levels by 2024, those sectors include aggregates, electrical and electronic equipment, and, of course, the food and beverage industry. Where machinery production is concerned, the picture does not look so gloomy, but out of 19 sectors, only production of machinery for the food and beverage, mining, textiles, material handling and farming sectors will show appreciable growth and notably surpass 2019 levels by 2024. But recalling our earlier observations regarding the unrealised potential that India holds as a developing economy, it may struggle to become ‘the next China’.

Certainly, such a thing is possible, but the country faces stiff competition from nearby South East Asian nations such as Thailand, Vietnam, and Indonesia. All of which also have large and relatively low-cost labour forces, and reasonably well-developed manufacturing sectors. And all of which are equally capable of making the necessary infrastructural investments needed to attract global manufacturing (with Thailand well known for having comparably well-developed infrastructure already). For the short term we predict that Indian manufacturing will keep growing at a reasonable rate,
but not enough to move it up the global rankings by 2024. The outlook beyond 2024 will depend largely on Indian government policy, on the level of competition that comparable nations offer, and on whether China stays fully integrated into the global economy, or significantly diverges – as currently seems possible.

Manufacturing Industry Output (MIO) Tracker
This tracker offers the most complete and unified analysis of the manufacturing industry globally. It quantifies the total value of manufacturing production with deep granularity for over 35 industries and machinery sectors, across 38 countries; presenting 13 years of historical data alongside a credible five-year forecast. For more information on the MIO Tracker, please click here: https://www.interactanalysis.com/download/manufacturing-industry-output-mio-tracker-2/

Adrian Lloyd has been actively involved in technology market intelligence for more than 20 years. As part of the leadership team at IMS Research, a highly renowned information provider acquired by IHS Markit Inc. in 2012, Adrian led research practices on a wide range of topics from industrial automation to semiconductors. Subsequently, Adrian spent close to five years as Senior Director of Research Operations for IHS Markit’s Technology, Media & Telecom business line, with responsibility for developing its broader strategy and acquisition focus. During this time, Adrian was exposed to a broad array of analytical techniques covering the entire spectrum of technology market intelligence. This insight enabled him to bring a unique perspective to Interact Analysis, ensuring the company can achieve its aim of providing best-in-class intelligence. 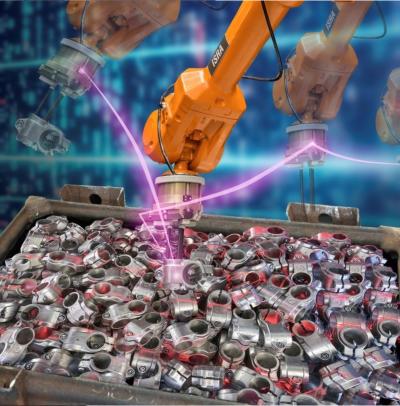 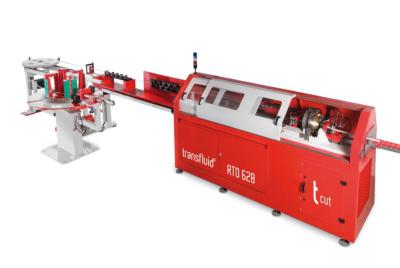 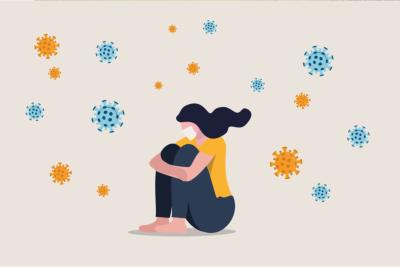 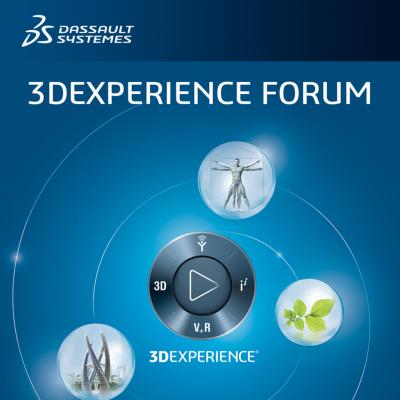 Human at the Heart of Innovation 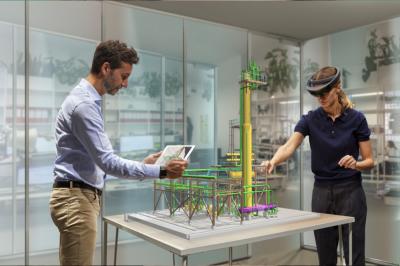 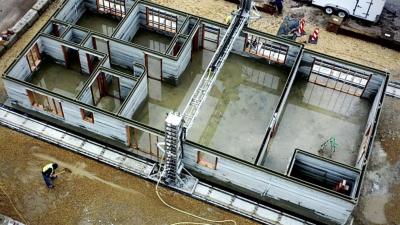 3D Printing – The Present and Future Across Industries 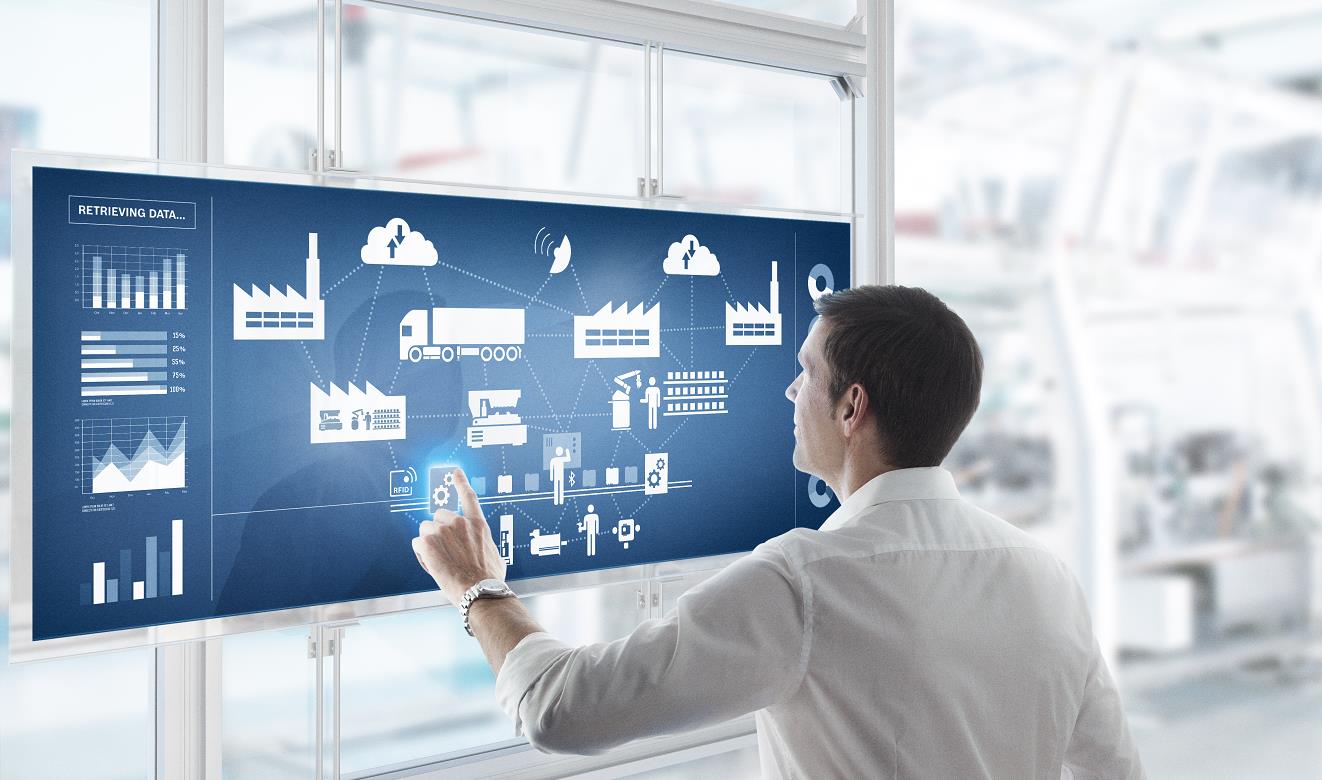 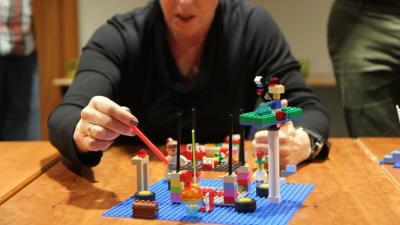 A Case for Modularity in Production Technology...