It is still early days as far as large scale adoption of robotics in agriculture, but the trends are clearly in favour.

Growing population that makes increasing demands on food production coupled with the scarcity as well as high cost of agriculture labour are leading to demand for robots in farming. The developed countries have long used mechanisation in agriculture as the number of people engaged in the sector have been declining over the past few decades. North America and Europe are now heavily dependent on migrant labour for the seasonal demand spurt in labour, especially at harvest time. In recent years, immigration has become a politically sensitive issue as more and more countries are putting restrictions on migrant labour. In addition, even in a labour surplus country like India, the agriculturally productive states like Punjab and Haryana are reliant on migrant labour from other states in their farming activity.

Experts have classified the most common applications for robotics in agriculture based on five key activities: Crop Seeding, Fertilisers & Irrigation, Thinning & Pruning, Weeding & Spraying and Picking & Harvesting. Apart from being labour intensive, these are activities that are time bound and need precision and accuracy to be really effective. Another important function of agriculture robots is data gathering for monitoring of the various parameters like soil, crop growth, infections, etc.

According to a recent report by Market Research Future, the global agriculture robots market is estimated to reach USD 27.32 bn by 2026, registering a CAGR of 29.44% during the forecast period of 2020–2026. Agriculture robots are used for tasks such as harvesting, seeding and plant inspection. These robots feature mechanical parts, robot arms, vision cameras, sensing technology, and artificial intelligence to improve crop production by minimising the use of arable land. Several of these robots are equipped with 3D cameras that scan the modules placed in front of them and collect information to perform specific operations further. These robots can largely be categorised as semi-autonomous and fully autonomous robots. Fully autonomous robots use artificial intelligence and sensors to calculate how-to pick-up plants without disturbing nearby crops. Advancements in artificial intelligence and robotics technologies reduce costs, save resources, and boost profits, which propels the adoption of robots for indoor farming.

As with other industry segments, the major factor driving the market for agriculture robots is the need to boost production and reduce costs at the same time. These robots reduce the need for human labour, and are far more efficient, capable of working round the clock. Besides being efficient, they are also precise, and hence help avoid the harmful effects of chemicals by accurately pinpointing the correct dosage at the exact location where needed, eliminating wastage as well as contamination.

Just because technology is available, it is not necessarily deployable. One of the main causes of restricted use of technology is affordability and the forever present equation of return on investment or RoI. Like mechanisation, robotics calls for huge investments, which puts them out of reach of small farmers. It is all about size and scale and the benefits come only with the capacity to invest in such high technology.

When it comes to India, there are problems of scale as most farms in India are small and not ideally suited even for mechanisation on the scale seen in the US or Europe. But globally, that kind of mechanisation is increasingly viewed as unsustainable as it is dependent on excessive use of chemicals and fertilisers that ultimately degrade the soil. Besides, mechanisation is suitable only with certain types of crops, which is restricting its usage. Robotics offers a solution here as it is seen as less expensive than large scale mechanisation, especially with the use of small, autonomous tractor mounted robots.

In Europe, the robotics research project ECHORD++ (The European Coordination Hub for Open Robotics Development) is promoting interaction between robot manufacturers, researchers and users. A follow-up project of the previous ECHORD project (2009-13), ECHORD++ offers research consortia funding to develop robotics technology for real use-cases. The idea is to meet the demand for innovative robotics technologies of the manufacturing industry, mainly Small and Medium Enterprises (SMEs) with small lot sizes and the need for highly flexible solutions. One of the ECHORD++ initiatives is MARS – the Mobile Agricultural Robot Swarms – which envisages the development of small and stream-lined mobile agricultural robot units to fuel a paradigm shift in farming practices. The concept addresses looming challenges of today’s large and constantly growing tractor-implement combinations with mainly three aspects. First: to optimise plant specific precision farming, leading to reduced input of seeds, fertilizer and pesticides and to increased yields. Second: to reduce the massive soil compaction as well as energy consumption of heavy machinery. Third: to meet the increasing demand for flexible to use, highly automated and simple to operate systems, anticipating challenges arising from climate change as well as shortage of skilled labour. MARS is seen as a strategy to reduce the size and weight of conventional farm equipment to make it more egalitarian.

Across the Atlantic in the US, AgriTech startup EarthSense has proposed a similar mechanism, the idea of having decentralised small ground robots for farms, to fill the gap between large scale mechanisation and small farm requirements. The goal is to make the simplest of small wheeled robots – ultracompact, autonomous, teachable robots for crop breeders, scientists, and growers. The first EarthSense product TerraSentia uses a combination of sensors – including visual cameras, LIDAR, GPS, and other on-board sensors – to autonomously collect data on traits for plant health, physiology, and stress response.

Various stakeholders in India are also working in the field of agricultural robots. The government Telangana, for example, in collaboration with Professor Jayashankar Telangana State Agricultural University (PJTSAU) and the World Economic Forum (WEF), has been working to explore the various use cases of data-driven agriculture in Telangana. One of the early initiatives focuses on irrigation, where water conservation is a critical issue.

Manohar Sambandam, a veteran of the semiconductor industry and now an avid farmer, is using his over 30 years of industry experience, both in big corporate and startups, in finding technology solutions to agriculture. As a founding partner and CEO of Green Robot Machinery Private Limited (GRoboMac). The company is developing smart machines for harvesting cotton and horticulture crops like eggplant, okra and capsicum. Technology such as 3D machine vision and robotics is used to make these machines smart and automate some of the tasks done by humans. The machines can be customised to do other labour demanding tasks like weeding, pruning and spraying.

It is still early days as far as large scale adoption of robotics in agriculture, but the trends are clearly in favour. As technology evolves, better and more affordable robots would also become available, the scale bringing down the cost. Finding Data Has Never Been Easier 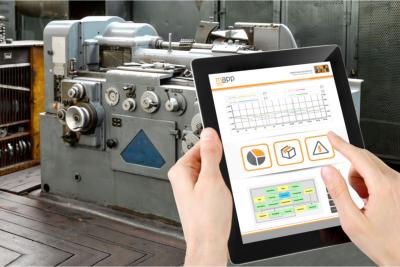 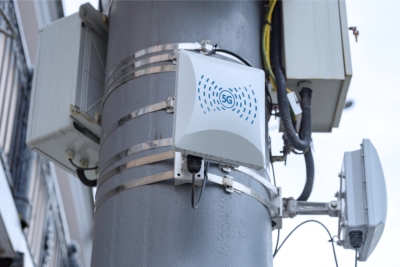 Kubernetes at the Edge – a Natural Synergy 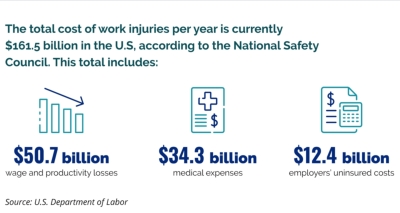 Finding Data Has Never Been Easier... 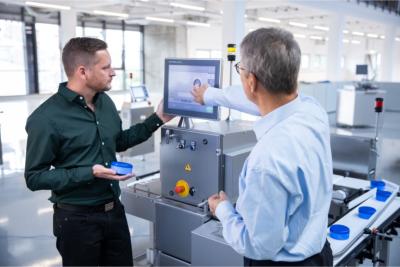