The sensor revolution in automobiles is a never-ending development, running in parallel with future advancements of the vehicle, says Soundharyaa Nandakumar.

The evolution of the modern automobile has been greatly influenced by the significant developments in sensor technologies. The average car today is lighter, safer and much more fuel efficient, besides being a pleasure to drive in a connected environment, the functions are fully or partly automated. Primarily sensors are a vital part of a vehicle's electronic control unit (ECU), steered by increased demand for convenience, comfort, safety, etc. Integrated sensors with intelligence can be basically called smart sensors balanced for greater growth, which can be used in conjunction with all types of devices.

When we think of sensors and its types, there are many different types of sensors implanted in a vehicle that were heavily influenced by the development of MEMS or Micro Electro Mechanical Systems. MEMS were preceded by Manifold Absolute Pressure (MAP) sensors a decade earlier, and were hugely popular thanks to their ability to integrate small mechanical systems with electrical on the same chip to form an integrated circuit.

In 1991, the evolution of the airbag system consisting of an accelerometer chip with both electrical and mechanical portions set the trend for even more complex future innovations. One such innovation was the placement of a gyroscope in a chip capable of detecting the GPS in vehicles guiding drivers in more accurate direction. The implementation of automotive sensors in vehicles basically improved the driving experience. There is a sequence of sensors which work together to make driving seamless. Here is an overview of some of the basic sensors used in vehicles:

1. Pressure Sensors – this is a transducer or instrument that converts an input mechanical pressure in gases or liquids into an electrical output signal. These pressure sensors are used in many automotive systems like exhaust system, powertrain system, occupancy detection, cabin pressure, etc. for example, the oxygen sensor checks the content of exhaust gases for oxygen proportion to determine emission and fuel metering levels.

2. Speed Sensors – based on Hall Effect, this automotive sensor works on the principle that metal passing in a magnetic region causes changes in the latter. A heel passes in front of the magnetic region causing disorientations to it. These variations tell the driver how fast the wheel rotates.

3. Fuel Temperature Sensors – this virtually measures the degree of hotness or coldness of fuel. Cold fuel is dense hence takes longer to ignite while warm fuel is less dense and ignites easily, and the information is sent to the engine control unit for the injectors to regulate fuel, resulting in desired timing variations.

Evolution of sensors
The rationale behind automotive sensor development is to optimise the vehicle performance by increasing reliability and life span. Sensors normally work on quantity-based measurements and obstacles from the environment in relation with interfaces such as input/output, signal processing, responsiveness, etc. The input interface also includes influencing parameters such as range, magnitude, temperature, and other factors which are effectively monitored to meet operational requirements. Influencing factors also include accuracy, cost, reliability, and power requirements. The accompanying illustration depicts various sensors present in a vehicle.

It is relevant here to note what Vincent Hiligsmann, responsible for global sales, besides other responsibilities, at Melexis, has stated in an article. “The next generation of sensors that are now being developed will ultimately define the autonomous driving experience that is being anticipated,” he says in his article, ‘How sensor technology will shape the future of car’. He also maintains that despite seamless control and precise data and signal processing, the next level of intelligence is also needed to enable the vehicle to act on its own. For the next level of intelligence, vehicles need to process proximity detection, gesture recognition, along with other influencing parameters like temperature, speed, pressure, etc. Another expert, Felix Modes, development engineer for autonomous driving sensor setups at BMW, says, “Each type of car sensor has its advantages. Together they complement each other perfectly.” No modern car takes to the road without automotive sensors, he explains.

As automation in vehicles progresses widely and gets ready to face the next level of vehicle intelligence, many advanced sensors are incorporated into the vehicle. Elsewhere, Ali Ors, Director, AI ML Strategy and Technologies, Edge Processing, NXP Semiconductors, has explained about sensors which are very important in the next level of intelligent V2X. These are mentioned briefly in the following paragraphs.

1. Ultrasonic sensors [Robust and Precise] – they are primarily used for parking functions like reversing assistance, parking distance control and many more, well known for very precise distance measurement over a shorter range. This robust sensor has no problem working in fog or darkness, although at a shorter range of 10 metres.

2. Radar sensors [Rain is no Object] – short for Radio Detection and Ranging, are in use in the automotive industry for the last 20 years. Radio waves are emitted, which scan surrounding objects to measure speed and distances. They are fitted as corner radars on the ends of bumpers, useful in lane change assist, lane change warning. Two types of radar sensors are available (i) long range sensor, and (ii) full range sensor covering distance up to 250 metres providing information for functions like Adaptive cruise control (ACC), emergency braking function.

3. Time-of-flight (ToF) [High Resolution makes them great] – unlike other types of car sensors, camera sensors are used to classify information such as traffic signs or traffic lights status. Their use is reduced by the fact that they can be limited by environmental factors such as darkness, dirty lenses. Distances and speeds can be estimated by the image data collection.

4. Lidar sensors [Darkness is no Problem] – short for Light Detection and Ranging. The Lidar sensor makes it possible to create a 3D map of the immediate surroundings, known as “point cloud”. The big advantage of Lidar is that it does not depend on the ambient lights and has to learn objects as a camera does. This explains that Lidar also responds safely to undetermined objects, determining not only the road, vehicles and pedestrians, but also people gestures, cyclists, children, animals. They can also track movements and their directions, helping the self-driving cars to know who is heading where and make decisions while driving.

Technology battles
Have we ever questioned why modern cars need so many sensors? According to industry estimates, modern vehicles have anywhere from 60 to 100 sensors to keep everything running the way it should. The number of sensors increases with the level of sophistication. Starting from electric vehicles and extending to autonomous cars, all modern cars carry sensors on the roof, windshield, bumpers, and even side mirrors, making a very big difference to driving. Sensors are the eyes of modern vehicles that allow the driver to see the world and safely operate within it. In this, the Radar and Lidar are the most popular sensors, because of their individual strengths. The competition between Lidar and Radar is getting really tough causing a kind of rivalry within the automotive industry. On the other hand, many companies including Tesla stand with Radar, calling Lidar a crutch. So, what is the reason behind Lidar rejection and why Radar sensors are supported by many companies?

Radar or Lidar
The main drawbacks of Lidar technology are price and weather conditions. They can’t deliver precise images of surroundings in fog, snow and dust, which ultimately means that the Lidar system must be paired with secondary sensors. Beyond that Lidar isn’t good at detecting the speed of other vehicles, because the Lidar shoots lasers in different directions and has a lot of moving parts; but probably the main drawback is its price, as a single sensor developed by Google costs $75,000, and even after 90% price drop, they are still less affordable for auto manufacturers.

Radar system technology is most reliable and robust. It does a great job of preventing collisions, besides many other functions. Also, Radar is small, cheap at around $50-$200, lightweight and requires very less power than Lidar sensor, making it more attractive for auto manufacturers. Elon Musk says that Radar combined with passive optical sensors can do exactly the same job as Lidar. The place where Radar loses to Lidar is in terms of accuracy and resolution. Radar cannot tell an object shape correctly.

So, in general, when we see a sensor system as an evolution, every sensor has its own strength and limitations, yet complement each other. That is the reason many auto manufacturers are currently equipping vehicles with Radar and Lidar along with other automotive sensors, which in turn eventually leads to one goal – Safety.

We can also say that this revolution is a never-ending development, subsequently changing and reproducing in parallel to future advancements of the vehicle. There are already companies like Toyota, as also many others, investing in Super Cars and Flying Cars, but these remain rich man’s toys, still in testing and research phase. But I also have a kind of feeling that in future we will get flying cars just like in the movie Altered Carbon, witnessing the next phase of evolution of sensors.

Soundharyaa Nandakumar is currently pursuing her Masters in Mechatronics and Cyber Physical System in Germany. Her previous work experience as an automobile technician has given her a good understanding of how beautiful the car/vehicle is with intricate designs and unbelievable technologies inside. This craze and passion for cars made the decision for her to pursue a career in Automotive Technology.

In her own words, “I always compare cars to women, because we never know what is inside them, how mysterious they are with n number of technologies evolving around every day making them futuristic statements – just like women – undergoing many things in a day to be strong enough to conquer the world.” 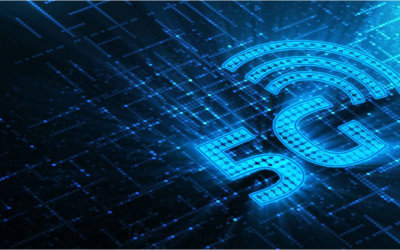 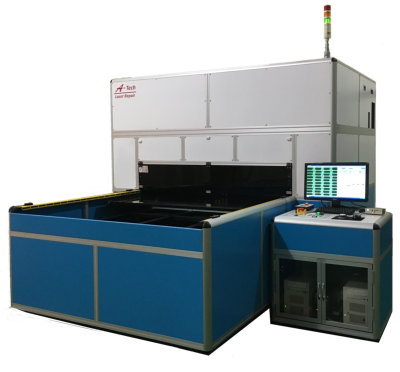 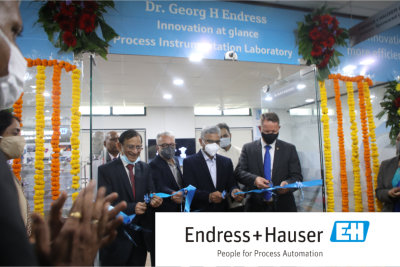 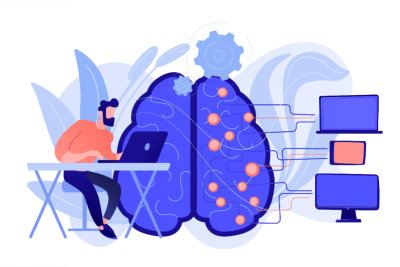 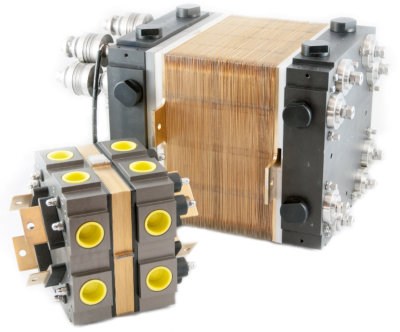 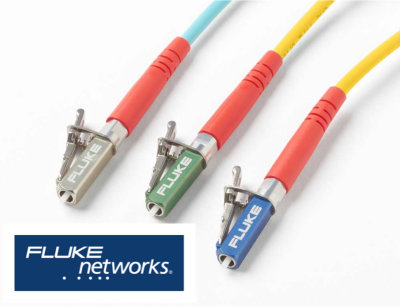