Will Covid-19 Change the Future of the Electric Grid?


How China and the US invest stimulus funds is especially important to understand if our electric power systems will accelerate the existing trends or see a pause, says Rick Rys.

According to data from the IEA in their Global Energy Review 2020 report, the Covid-19 full lockdowns cut overall energy consumption about 25%, due mostly to reductions in transport fuel use. On the electrical grid, residential energy consumption did increase slightly, but reduced power use at industrial and commercial locations resulted in an overall reduction of electric power use by about 20% in areas under full lockdown. Partial lockdowns areas had proportionally less impact. IEA predicted that energy consumption in 2020 will stay at least 5% below 2019 levels.

The stress of months of lockdowns, and voluntary isolation has already taken a toll on many businesses, with worldwide job losses and big shifts in energy use patterns. Unprecedented government backed economic stimulus funds are underway now to lessen the resulting recession, but will these programs slow the progress towards clean energy, or will they boost the ongoing efforts to decarbonise our energy systems. Without a known schedule for effective vaccines or medical treatment of Covid-19, there is still considerable uncertainty how re-opening our economy will unfold.

The response to the Covid-19 crisis, includes massive stimulus packages. In the past, democrats called for stimulus packages in times of crisis and the conservative response was often reduced spending and austerity measures. Today, however, there is near universal support for stimulus packages. The US, Europe, Japan, and to a lesser extent China have responded to the widespread economic disruption with various economic stimulus packages. These stimulus packages could certainly help build up neglected infrastructure and rebuilding our energy systems is an area that requires a boost if we are to avoid the harmful impacts of increasing global temperatures. The utility industry is already changing faster than any time in its history, as the whole world electrifies with renewable generation emerging as a low-cost source of power often beating out natural gas, coal, or nuclear. The two leading carbon emitters are China at 28% of the world’s CO2, and the US at 14%. While energy systems around the world are involved, how China and

the US invest stimulus funds is especially important to understand if our electric power systems will accelerate the existing trends or see a pause. It is a universal strategy to prioritise the reduction of the carbon intensity of the electric grid as transportation, residential, commercial and industrial energy will see electric power replacing carbon fuels. Will these massive economic stimulus packages target investments that will create the energy infrastructure that is needed for our future?

In 2020 the US has approved a $2.2 trillion dollar stimulates package with congress proposing an additional $1 trillion dollars. This is the largest relief package in US history, but only the additional trillion-dollar proposal has any support for addressing infrastructure that will help deal with climate change. The White House and Senate Republicans pushed back on an attempt to include clean energy funding in the $2.2 trillion stimulus package passed last month. As a contrast, in 2009 the American Recovery and Reinvestment Act of 2009 designated US$90 billion to promote clean energy. There is on-going debate whether the additional stimulus funds will support clean energy in a time when oil gas prices have plummeted to record lows negatively impacting coal, oil, and gas industries.

In early April 2020, Europe pledged more than €540 million, with discussions about an additional €500 million. The European Council plans to include the green transition as a key element of the European Covid-19 stimulus package. In 2008, the European Commission proposed a European stimulus plan amounting to €200 billion to cope with the effects of the global financial crisis. Japan approved a nearly $1 trillion economic stimulus plan. The plan includes less than $1 billion to support corporate PPAs to facilitate the development of onsite renewables. And then there is China. The country that famously helped kick-start the world economy after the 2008 global financial crisis with a half-a-trillion-dollar spending package does not have the same plan this time around. While it is helping companies keep workers and pushing its state-run banks to lend more, China has restrained from spending on big stimulus packages or flooding its financial system with money. China has published estimates for economic growth since 1990, but this year they are simply not stating a growth target. This is likely an indication about how hard it will be for China to recover economically from Covid-19.

Grid power today in the US and China
China and India have seen sustained growth in electric power generation, and these two countries have recently brought electricity to every village. In 2019, China produced about 81% more electric power than the US. While coal fired plants have powered a lot of the electric power growth, according to UN Environment Programme (UNEP), China has been the biggest investor in renewable energy capacity, committing USD 758 billion between 2010 and the first half of 2019, with the US second at USD 356 billion and Japan third at USD 202 billion. There have been lots of changes in how our grids are powered.

According to data from IRENA (International Renewable Energy Agency), in terms of renewable electric generation, this chart shows the top 6 countries. China renewable power production is about equal to the next 5 top countries combined.

According to a statement on May 18, 2020, the US Solar Energy Industry Association (SEIA) said the US solar industry has cut 65,000 jobs due to Covid-19 and cancelled the creation of around 50,000 positions. By June, the solar workforce is expected to fall to 188,000 personnel, dragging the industry back to 2014 levels, SEIA said. Wind projects must be completed by the end of 2020 to be eligible for the full PTC, and the global energy, chemicals, renewables, metals and mining research and consultancy group Wood Mackenzie has said that many US wind projects are at risk of missing the deadline.

Relief for the renewable energy sector in the US, was not included in the USD 2 trillion support package the Senate unanimously passed in March, but there is an ongoing debate whether the next stimulus package or normal legislative processes will include extending the soon to expire Production Tax Credit (PTC) for wind power and the Solar Investment Tax Credit (ITC). While the cost of wind and solar have declined to grid parity, the tax credits help to accelerate new installations. At a time when fossil energy prices have collapsed to the lowest level in decades renewable technologies have some new competition.

Conclusions
Covid-19 impacted the transportation energy and electric grid usage patterns in the first and second quarter of 2020. It seems clear that as businesses slowly return to work that the recovery in the second half of 2020 is likely to fall short of the 2019 baseline. There have already been bankruptcies, business closing, and major cutbacks in restaurants, hotels, conferences, sports, airlines, public transport, universities, and schools of all kinds. While there are some new business opportunities with online media and shopping, projections for 2021 depend significantly on how the battle with Covid-19 progresses.

So far, there is little indication the economic stimulus packages that we have seen worldwide will accelerate the push for decarbonisation of our energy systems or accelerated modernisation of our electric grids. Existing programs and policies to modernise our electric grid seem to be progressing much as they did before Covid-19. Part of the issue is electric grid regulations have not kept up with the fast-evolving generation, new projected load profiles (including the impact of EVs), and the need to integrate non-dispatchable generation to insure grid stability. New regulations are needed to allow emerging small microgrids and residential nanogrids to buy and sell power and to participate in the ancillary services markets. There are huge new investments that must be made. Current regulations worldwide tend to focus on the cost of service, and it takes some new utility business models, new generation, transmission and distribution infrastructure, and considerable IT infrastructure to make the transition to a grid that is reliable, resilient, cost effective, and low carbon.

ARC has been following the market conditions in the fast-changing electric utility sector and the following research reports might be of interest. 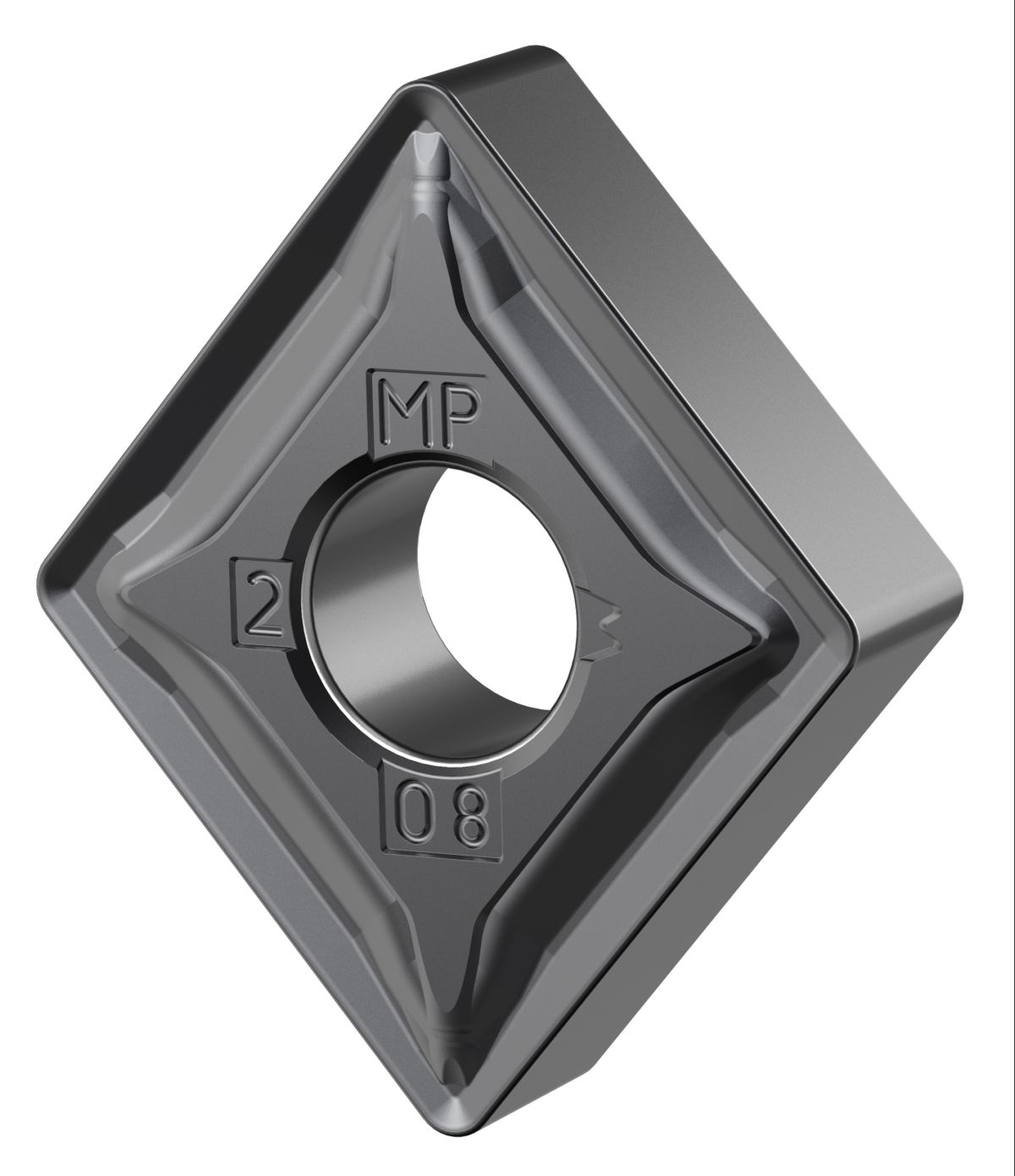 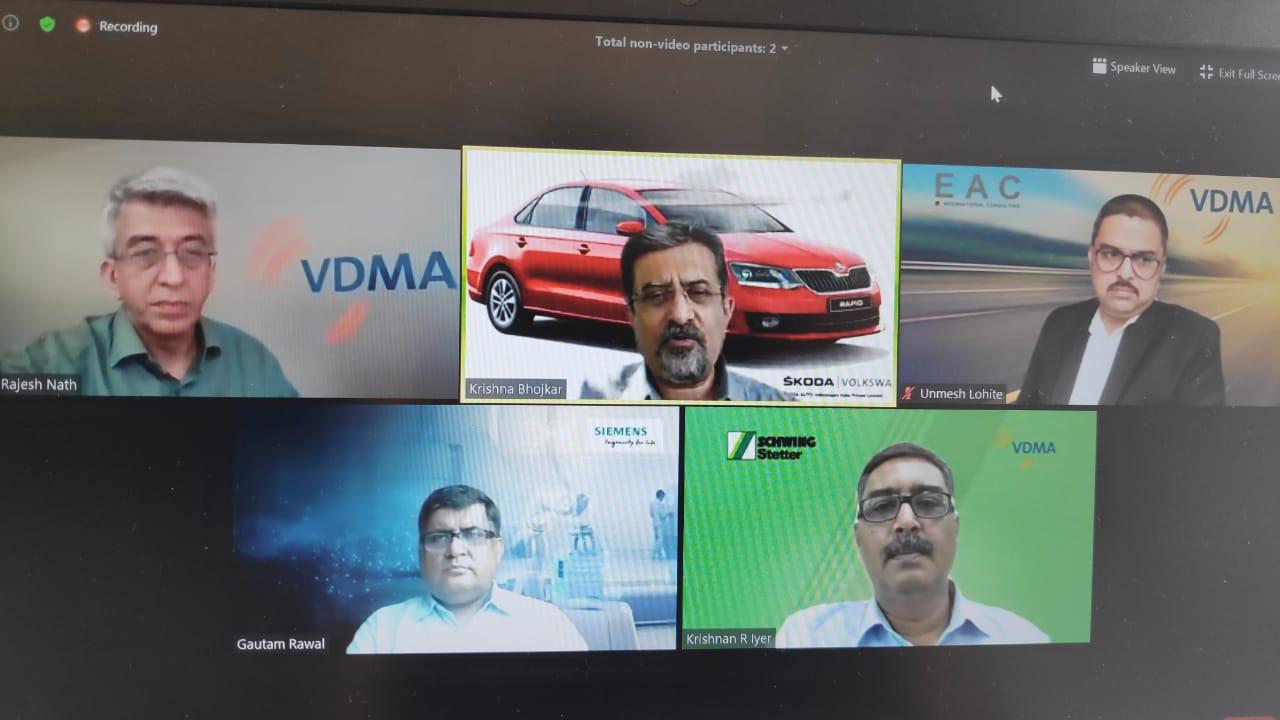 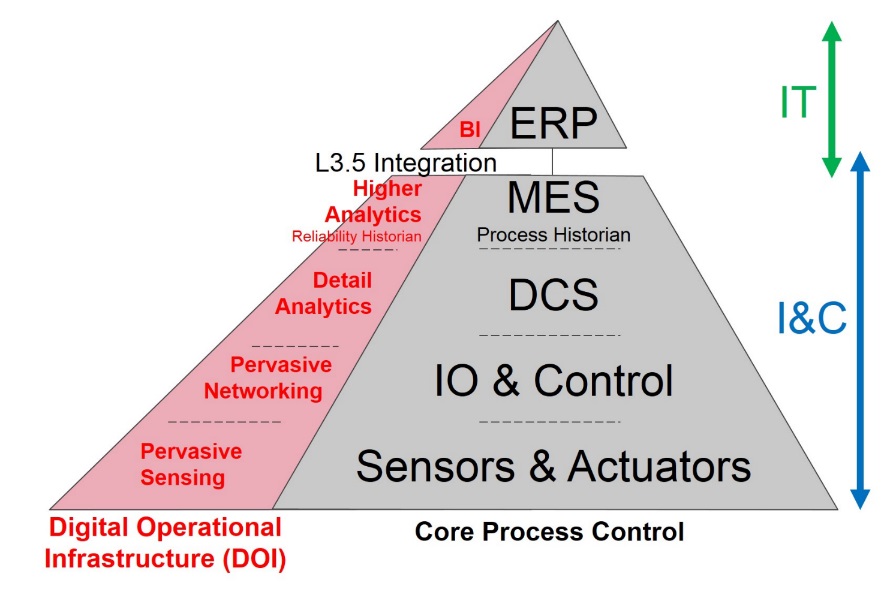 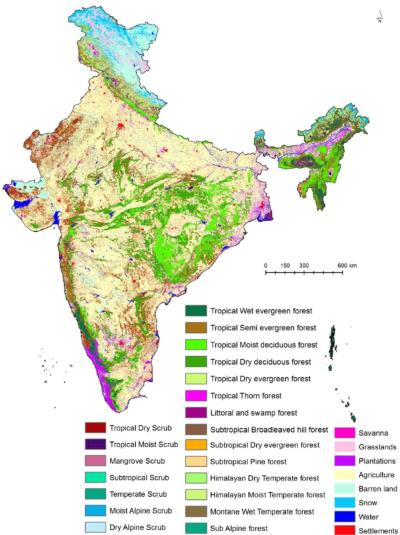 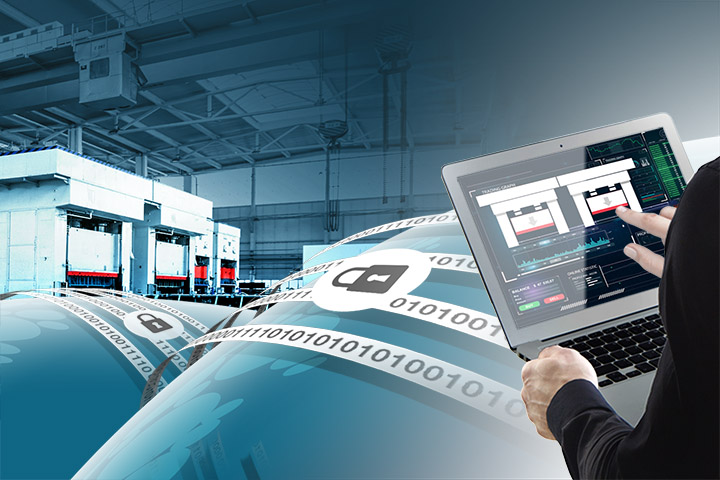 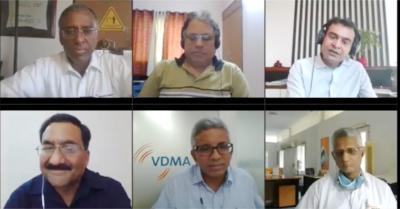 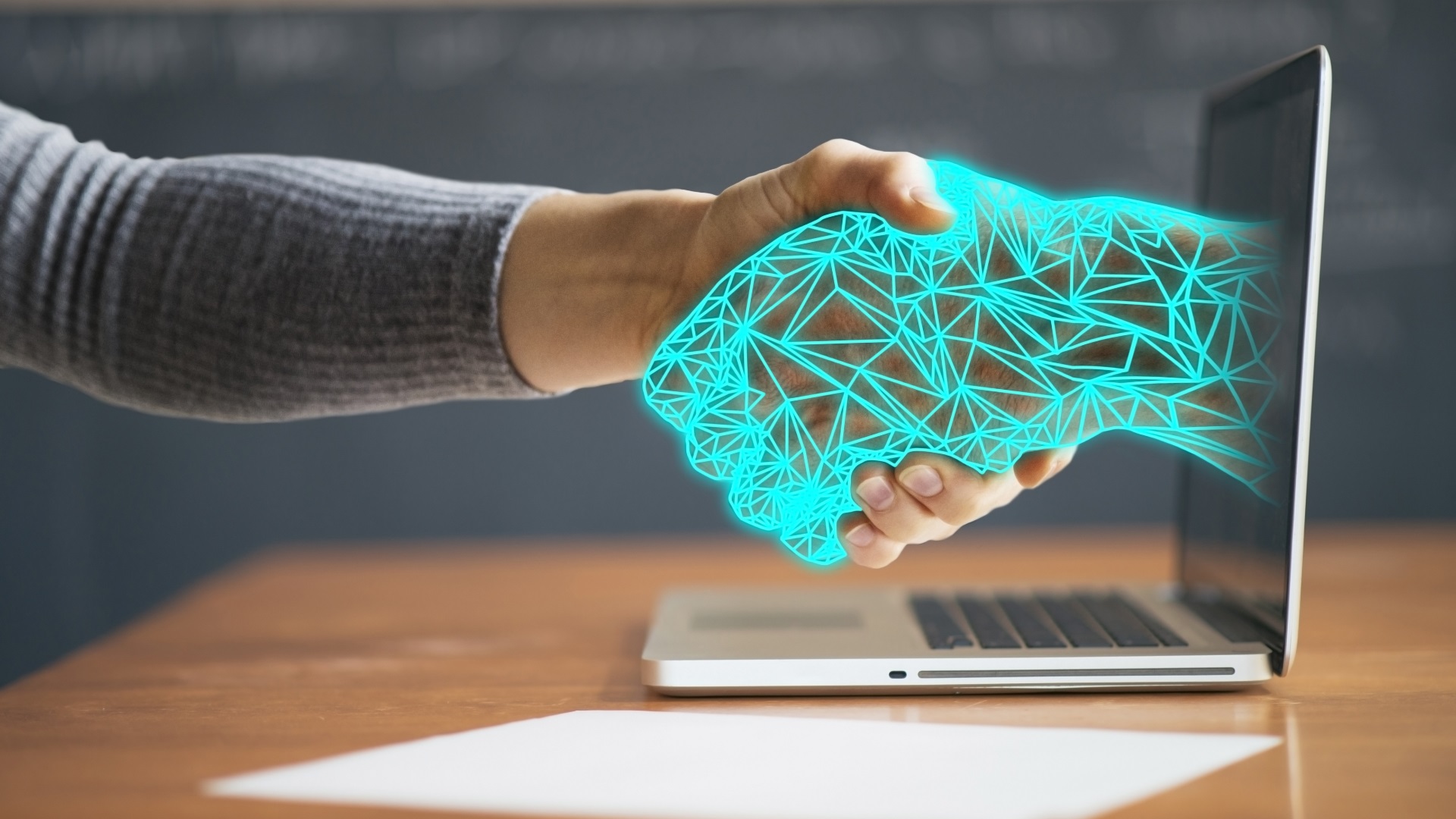 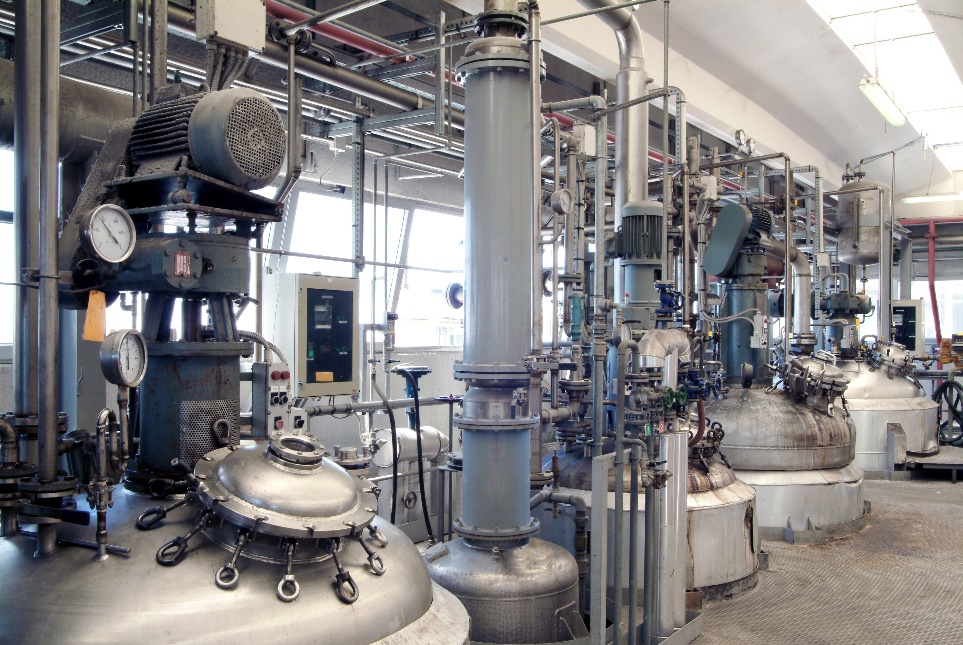