Manufacturing in India is under-automated

From global MNCs to local companies, frugal innovation has spawned many success stories. Time to devote more effort and resources in this direction?

The concept of frugal innovation is inevitably linked to low cost manufacturing. But these are two independent concepts, and one does not necessarily lead to the other. Frugality is a strategy to do the best with as less resources as feasible. But then, the plant or factory has to achieve set goals, and realise the set vision. The plant does not exist in isolation, it has to deliver to a competitive market. The product features are, as always, dictated by the King – the customer! Many a customer is vexed that he is being forced to buy a product with many features that she does not need, and at the same time making operation more complex and error prone. It can also be argued that making the product dedicated for a single use can make it more economical. But, wait a minute! Is it true? If we make a product ideally suited for one segment of buyers, then per say, the volume of such product becomes quite low. In which case, the cost of manufacture and distribution of low volumes might actually increase! Looking beyond manufacture, the cost of marketing, stocking and retailing of several models with different features is also an additional cost!

Exactly at this point, the concepts of digitalisation and Industry 4.0 make their value felt. These technologies provide the means to ‘mass customisation’. In other words, it is possible to manufacture at a batch size one, at a competitive cost.

Computers and mobiles are examples of over-engineered products that also now have no frill versions. Can this be extended to industrial hardware?
Over-engineering is a term used with a slight sense of derision. This means adding heightened specifications to features which are actually not essential to the user at the time of selection of product. But many a time, it is the extended specs that give the feel of sophistication. That every feature is built with considerable thought, and thereby provides a customer delight by catering to needs which he has not thought about, gives a respect for the model. This is typically felt when the product is aged and experienced wear-and-tear. Customer really appreciates repairability built in, which is not an expressed need at time of purchase. So, at the end of the discussion, we can say that not only the price paid upfront is a criterion, rather we should look at costs incurred throughout the lifecycle of the product.

In an over emphasis on price, customer might even want to dispense with some features which are actually essential under adverse circumstances. For example one may feel that protection against over-voltage is not so necessary, since there are external devices. But once in such a rare case, the external devices may fail to act fast enough, and result in a hazard situation for humans.

At a time when India is trying hard to scale up manufacturing, can there be more organised efforts in this direction?
Scaling up the business is the dream of every entrepreneur. Everyone surely wants their sales volume to grow by leaps and bounds. Equally essential however, is to protect the margins. No business can sacrifice profits over a period of time to increase market share. How to manage these two factors simultaneously? Once again, it is technology which helps. By predicting the demand trend, investments can be better focussed and deployed.

But what of the converse? If demand suddenly drops, how is that situation to be handled? Here too, technology has its tools. By identifying which of the machine aggregates provide most efficient production, knowledgeable decisions can be made for production planning. Optimal logistics can be worked out for supply chain as well as for the distribution network. The important aspect is, by having a visibility of entire supply chain, it is possible to provide more accurate demand forecast for each component, and so each vendor can optimise production both volume and delivery schedule. This could be the biggest benefit of using digitalisation.

In the context of our nation, scaling up requires increased supply of the essentials for manufacture – money, machines, methods and (wo)man power. The item which takes maximum time and effort to stock up is trained man power. This needs a long-term strategy starting from early school. But caution, the strategy should be a pull strategy – create demand first rather than creating supply-capability too early in the cycle.

In recent years, some automation companies are also propagating hybrid systems with manual workstations rather than full automation. Does this make better sense?
There is in recent times a general rush to fully automate factories. In the context of frugal setup for factories, one could think of a layout where some machines are automated and some operations are manual. This definitely saves cost than to have a fully automated factory. But many precautions are to be observed as to which processes are going to be automated and which are manual or semi-automatic. One criterion which jumps up is balancing the line speed. Line speed is determined by the slowest process in the sequence. The choice of automation faces a dilemma – some processes are easy to automate, but some are difficult to handle manually with desired speed and accuracy. Temptation would be to go for standard machines obtained over-the-counter and handle specialist tasks for manual handling. However, this may result in slowing down the entire plant output. Where process is subject to stringent regulatory compliance, it may be advantageous to automate the process with self-documentation in paperless form.

In similar vein, Scalable Automation is a concept that is often in focus. How does this work in practice?
A closely related topic is scalable automation. Today we know that all automation has much functionality achieved through software. Software development is expensive. Especially when we look at long term maintenance of software, he cost increases further. At the same time, software is bound up with the hardware platform for which it is designed. The hardware and the system software define the environment for the application software. This application software has embedded into it a lot of domain knowledge and also proprietary process knowhow. For example, if there is a software to run a machine to make PET bottles, the amount of knowledge from the company which gets fed into the software is very large, it might be difficult to put a monetary value on it.

Then, over a period of time, the hardware platform becomes obsolete, because the components such as CPU are phased out by technology evolution. It is easy enough to buy a new piece of hardware to replace the old hardware. But what of compatibility of the old application to the new hardware or system software? There are special techniques in design of system architecture, which take care of generational compatibility. What is the benefit of this, because such compatibility too has a price? Life period of plant and machines in the order of decades, whereas technological obsolescence cycles of controllers are typically just over a decade. This additional price paid for scalable automation extends life of the machine beyond the life of a controller.

Apart from policy changes, what are the essential requisites for a self-reliant economy?
Firstly we need to acknowledge that manufacture in India is under-automated. With a growth of economy which aims to put India into leading countries, the degree of automation needs to be much increased. If we want to be a supply house for world’s customers, then it is unavoidable to use automation.

At this point, let us examine the meaning of self-reliance in the limited scope of automation for manufacturing. Today, the products are ‘over-engineered, over-priced, over-complicated’ for our use, because our volume of use and purchase is not big enough. We should focus on the area
where most effort and expense goes in – which is application engineering and development. This area is extremely local in flavour, and closeness to customer matters a lot. This is also an area which is quite similar to development of IT products, where India is very strong.

How do you see automation transforming the future?
I look forward to times where automation is included in the first draft of design and planning of every production aggregate. Today, a design is made and automation applied on top of it on a case-by-case basis. If project budget shrinks, automation takes first hit. But in vision of India’s future, labour cost will not be less than cost of automation, rather vice-versa. Human power will be used only for high skilled specialised jobs, and be paid accordingly. The technologies which will enable this will be varied. Many are already visible like Artificial Intelligence, Robotics. But many technologies are evolving rapidly, and solutions will multiply by combining these. That is the shape of things to come.

PV Sivaram was the Managing Director of B&R Industrial Automation and had founded and built the organisation in India since 1996. He is also the Past President of Automation India Association (AIA), and a Mentor at C4i4, Pune which is a part of Samarth Udyog Initiative by Department of Heavy Industries. Sivaram began his career in Bhabha Atomic Research Centre (BARC) where he has worked on Reactor Controls. He later shifted to the electrical engineering major Siemens before joining B&R Industrial Automation. Subsequently he founded the Indian Subsidiary of B&R Industrial Automation – now part of ABB. He grew the company over twenty years making it one of prominent Machine and Factory Automation companies in India. Sivaram has worked in various fields like Power Transmission and Distribution, Communications, and Power Plant Automation.

Frugal Innovations – Scalable Automation How frugal innovations and scalable solutions are helping build a self-reliant India. The Prime Minister’s call for a self-reliant India has inevitably brought into focus several issues faced by the domestic manufacturing sector, and its reliance on imports for critical technologies. Poor spend on R&D has long been a weak link in India’s manufacturing chain. It is against this backdrop that Industrial Automation invited a panel of technocrats to offer their views on how frugal innovations and scalable automation can help the industry overcome some of the challenges. To read the full cover story Please click here 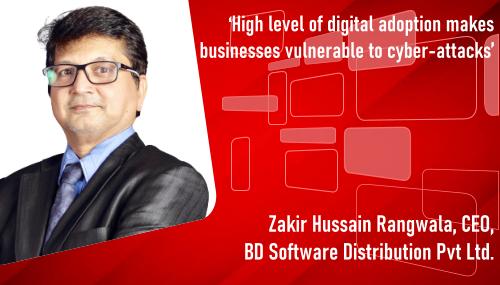 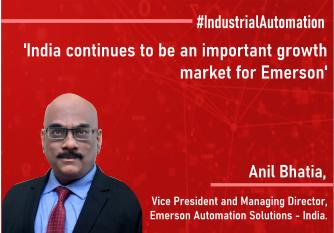 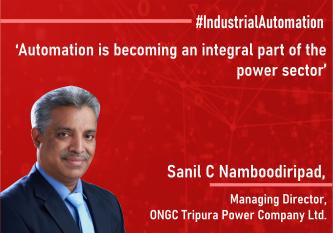