The government should allocate appropriate funds for pollution control

Are Indian environmental regulations too stringent and hamper industrialisation by stalling projects
Most of the Indian regulations are based on some international standards. Some of the standards are initially diluted to give the required time and opportunity for the stakeholders to comply. Sometimes, the time given is extended as the industries are not able to comply still. The classical example is the thermal power plants (TPPs) and the new pollution norms prescribed by the Ministry of Environment, Forest and Climate Change (MOEFCC). This has been extended a few times.

There are many arguments against the norms, which are still supposed to be lower than some of the global standards and even some developing countries. There are also many studies indicating the significant health impacts due to pollution from TPPs. The PSUs and related government departments lobby to protect their own interest to dilute the norms further or get extended. Therefore, it is clear that the Indian norms are not stringent but diluted to start with and there is a huge lethargy on the part of industries to comply and seek extensions. The MOEFCC has no option but to extend. This is not sustainable. The government on its part can do better by some facilitation for the initial CAPEX for such investments through an appropriate scheme as they do in some cases and not postpone indefinitely or dilute the norms further.

Is the menace of pollution treated with the seriousness it deserves?
Pollution is not treated as a serious issue in India. India is a developing country and needs time to align with international pollution norms. However, the gap between some of the developing countries and India is widening and much more so with developed countries.

There is also a differential treatment of pollution from private and PSUs or urban local bodies (ULBs). If you take municipal solid waste (MSW), you will find most of the ULBs are not complying with MOEFCC rules. It is the same with municipal sewage. If you take industries, the PCBs take swift action on such erring industries on hazardous waste disposal or Zero Liquid Discharge (ZLD). Many industries have been closed for such violations. Nothing happens to ULBs except to issue warnings.

The State PSBs even report that they are unable to comply as they do not have adequate funds for compliance. The same government could be rolling out freebie schemes. We need to seriously introspect about such rule making, if we cannot implement it with seriousness. Or, the government should allocate appropriate funds for pollution control.

There is also an ambiguity between CPCB and PSBs roles. While CPCB may be the rule making body, PSBs are implementing bodies. If PSBs express helplessness, CPCB is unable to take any serious actions as PSBs are under state authority. In spite of NGT formation, not much has happened and the wastes are dumped at will all over India. This is a sad state of affairs.

The monitoring is extremely poor in spite of some recent developments. Most of the industries are required to install online monitoring stations for some basic parameters. Still, there are violations and closures. Here again, we need to assess why such failures occur. In many cases, the main cause is instrument failures due to poor maintenance and management. Many times industries do not stop production when pollution control systems fail.

We need to have rule making after assessing the technical and financial feasibilities. We need time for facilitations. In many cases, the rules are announced without such due diligence. When we introduced the rule for dioxins and furans emission norms from incinerators, there were no labs India who could sample and analyse to the required precision to monitor.

Can automation bring more efficiency in pollution control measures?
Certainly automation will bring in a lot of clarity in control and violations. But this will cost much more than the current manual mode. Many automation methods have been introduced in the recent past for online pollution monitoring after many sensors were developed. We need much more effort on automation such that authorities and industries know when there is a failure. This will create confidence for the public on pollution control measures. There is a huge gap between industries, government, SPCBs and the public. Only automation in critical pollution areas will help improve the situation.

Waste is also a source of energy – is there room for more efficient and less polluting waste disposal?
Yes. Many times, a waste is not a waste at all. You can produce energy or useful products from waste. If you take MSW, it is not a resource unless it is segregated from non-biodegradable materials. Although many attempts are being made by ULBs, the success is still minimal. Large societies and condominiums should be compelled to segregate and convert the biodegradable waste into compost and only non-biodegradable parts should be disposed of. Similarly, such communities should treat their sewage only treated wastewater should be allowed to be discharged.

Industries are doing a lot on wastewater management but not much on utilisation as they feel that it is not still economical. In some industries, e.g., distillery, sugar, pulp and paper, there are many installations for biogas production as their wastewater is suitable with high organic content. We need to identify and facilitate wastewater utilisation in selected industries.

How can the country ensure a cleaner environment while also boosting manufacturing activity?
This is the essence of sustainable development. We need to consult the industries while framing any rule about their feasibilities, including technologies, CAPEX and OPEX, timelines and so on. Then the government has to take its own decision based on due diligence and announce its proposal inviting comments. Based on that the final decision has to be made and implemented. There should not be any room for inter-ministerial concessions and differentiation between PSU and private industries.

We should strengthen our monitoring mechanisms with better automation without any room for violations and corruption. Any violations should be immediately dealt with notice and action, if not rectified within the stipulated period. We also need to distinguish minor and major violations so that the industry does not suffer for petty violations. Whenever there is a violation, the penalty should be proportional to the damage caused and profit made. Penalties should be even for PSBs. Currently the penalties are too meagre for the offenders to feel the pinch although of late the penalties have been increased but still not enough. This will send the right and strong signal to violators.

Dr Sukumar Devotta began his journey of scientific research at CSIR-National Chemical Laboratory (NCL), Pune in 1984 and rose to the position of Director Grade Scientist and Head, Process Development Division (in 1999). Later he was the Director, CSIR National Environmental Engineering Research Institute (NEERI), Nagpur during 2003-08. At NEERI, he was extensively involved in the variety of environmental issues and their mitigation. During his research career, he has immensely contributed to the field of Energy, Environment and Green Technologies, particularly in Industrial Energy Conservation, Process Engineering & Simulation, Chemical Process Development Alternatives to CFCs and HCFCs, Air and Water Pollution Control, and Global Environmental Policy and Protocols.

Dr Devotta was actively involved in an Indo-Swiss Ecofrig Project to phase out CFC in Refrigerator plants in India using HC refrigerant and Cyclopentane as the blowing agent,

Dr Devotta was also involved in the joint study by UNEP and IPCC on "Safeguarding the Ozone Layer and the Global Climate System: Issues related to Hydrofluorocarbons and Perfluorocarbons".

Dr Devotta was awarded the US Environment Protection Agency (USEPA) "Stratospheric Ozone Protection Award" for 1997 and received commendation letters from the Executive Director of UNEP and President of Switzerland.  As a member of IPCC, he also received the citations from IPCC, which was awarded the Nobel Peace Prize in 2007.

Dr Devotta has guided 25 research students for PhD and ME/M Tech. in Chemical, Mechanical & Environmental Engineering. He has also published many books and co-authored many chapters in books and also published more than 250 research papers in international journals. He was also the Regional Editor for Applied Thermal Engineering and Editorial Board Member of International Journal of Refrigeration. 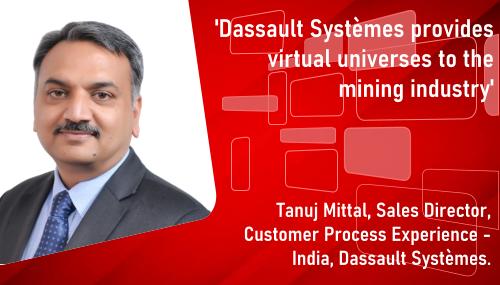 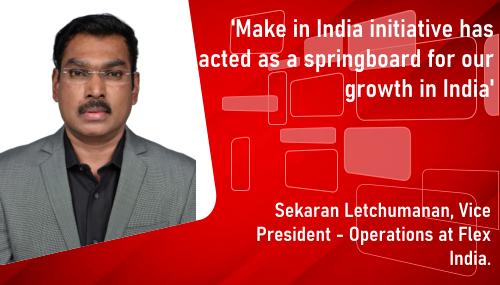 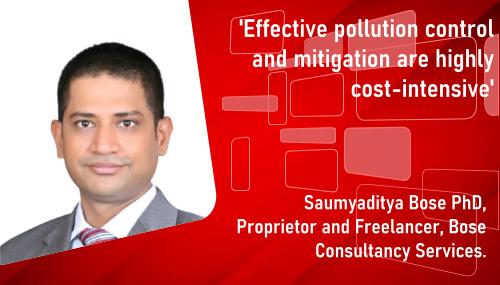 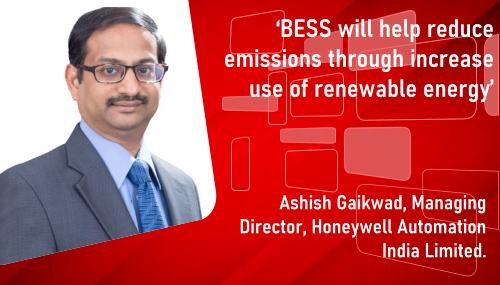 BESS will help reduce emissions through increased use of renewable energy 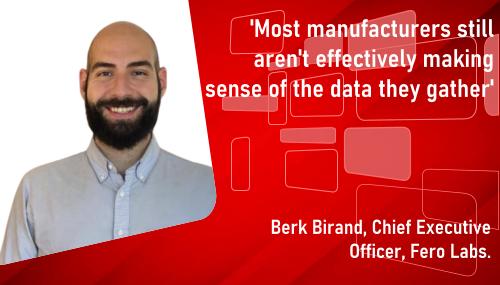 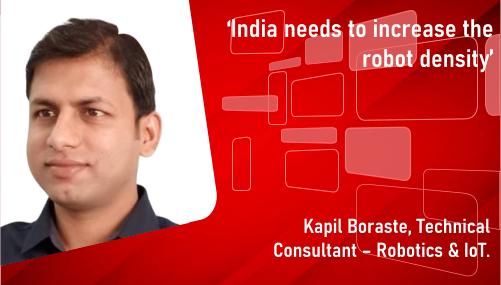 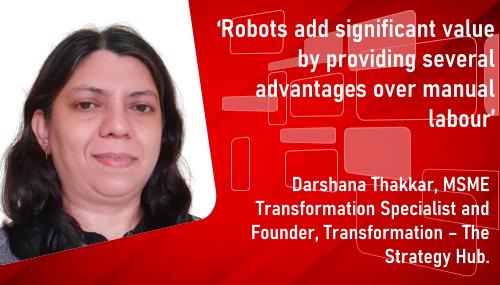 Make in India initiative has acted as a springboard for our growth in...

BESS will help reduce emissions through increased use of renewable en...

Most manufacturers still are not effectively making sense of the data... Adding a robot ends up helping a business grow... 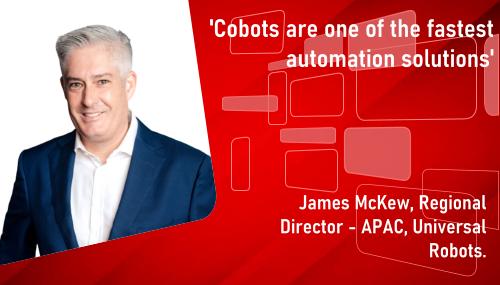 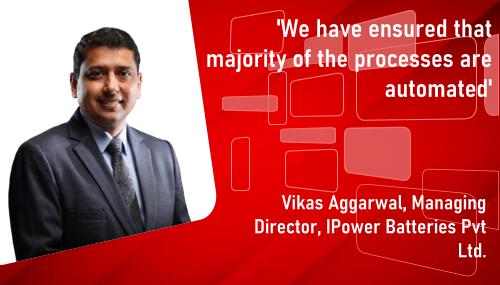 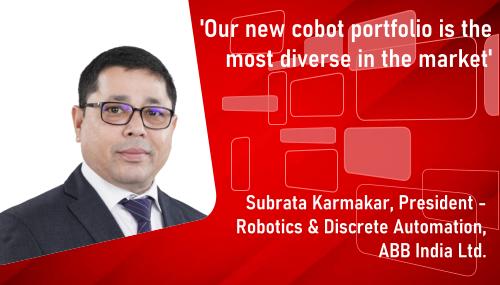