The OPC Foundation has the largest eco-system with vendors

The theme of connected plants has been promoted since long – decades even. It becomes an important topic in Industry 4.0 as well. So what is new – in the concept and in implementation?
In my student days, the topic was called CIM (Computer-Integrated Manufacturing) – similar ideas but where do you see those results today?

Too many companies had too many different ideas about what exactly CIM means. Maybe we are in the same place today with ‘Industrie 4.0’ as a buzzword? At the end everybody is talking about ‘Predictive Maintenance’ only…

What’s really new? Virtualisation, scaling services into cloud, unlimited availability of CPU power and memory. The elimination of the many proprietary protocol layers. Due to the increased IT networking, the requirements for IT security have also increased.

A fully connected plant seems utopian. What is a realistic vision that plant managers should aim for? And why should it be short of the utopian goal?
Why is it unrealistic to digitise everything? I started 26 years ago as an engineer for PC-based control. Yes, you can connect everything as we live in a world of ‘unlimited power’ and expandability even at lowest PLC level. Not every single sensor has to be independently connected to cloud and be intelligent.

Connectivity protocols are a central topic for total interoperability, and today OPC UA appears to be dominating this space. What are the pros and cons of OPC UA, and would it hinder further innovation?
The Pro’s are easy:
OPC UA is
-an IEC standard and so it’s made for collaboration with other associations

-not a protocol instead a collection of technology bricks including discovery, modeling data, and end-to-end security transport of standardised data over different protocols. In short: It’s a framework for secured industrial interoperability

-transport of standardised data via different protocols like TCP, UDP but also MQTT and REST-API

-Security built in by design – on transport, application and user level; reviewed by international experts (more than just up to the broker)

-services on top of protocols like hard beat, onboarding, automatic buffering of data in case of connectivity failure which results in “no data lost if communication breaks down”

-world’s best IPR policy where 840+ companies from chip level, cloud, IT and 80% (by revenue) of all Automation companies protect not only other OPC members instead the implementers and users of OPC UA technology. Which other organisation is doing this?

The Con is not easy:
If applicable, complexity of modular solution: single island solutions to solve small challenges are always easier and faster to implement. Like direct ‘only MQTT’ connection to transport very few telemetry data one-way to cloud. But it does not provide any of the extra services, no encapsulation of transport over different layers and nobody guarantee end-to-end security. Over all there is no investment protection for providers.

OPC UA too has some competition. How viable are the contenders like Open Group or Universal Automation? Would these alternatives form new islands or would they efficiently communicate with each other?
Haha…this is an unsubstantiated, irrational claim.

The ‘Open Group’ is not a competitor; instead a great partner of OPC Foundation as this group has committed itself to the use of OPC UA and has chosen OPC UA as its communication platform.

Likewise, other standards such as MTP, MDIS and NAMUR Open Architecture and others have chosen OPC UA as their base.

In summary: all relevant standards in Automation business have chosen OPC UA.

Universal Automation
Never heard of. Zero relevance in the world. The website makes an impression from 1986.

This statement shows the complete incompetence:
“Our consultants with vast knowledge of many different PLCs, such as Allen-Bradley and GE can convert any PLC Ladder Logic and its documentation to other more useful PLCs.”

How much is the contribution from user-industry towards standard, open protocols for interoperability? A major issue is of course legacy controllers. What is the strategy to integrate older machines into new networks?
The OPC Foundation has the largest eco-system with vendors from IT/Cloud like Amazon Web Services (AWS), Google Cloud, Microsoft and chip level like Intel, Microchip, NXP, Qualcomm and users like Equinor, Foxconn (FII), L’Oréal, Miele, Pfizer, Samsung, Volkswagen and more.

All reasonable and serious control suppliers deliver OPC UA besides their own protocol since many years: The Beckhoff PLC offers OPC UA since 2007 – today no serious PLC company is not supporting OPC UA. There has never been a compatibility break. Today’s modern OPC UA clients can connect to devices from history.

For old machines there are migration solutions in the form of gateways (standard in every technology migration step, e.g., PS2 connector to USB)

A connected plant offers advantages of efficiency. Does it also become more vulnerable to cyber-attacks, which become more sophisticated by the day?

Yes, but to believe ‘a legacy protocol is the best protection against hackers’ is the biggest stupidity.

OPC UA provides security (on multiple layers and end-to-end even over chained transport over different protocols) and is the only solution that (properly configured) could not be hacked at a hacker event in January 2020 in USA.

Stefan Hoppe is the OPC Foundation President since end 2018 coordinating the OPC expansion into the Internet of Things & Industrie4.0. Stefan has been the Global Vice President since 2014 and the President of the OPC Europe organisation since 2010 being the catalyst for initiating liaisons with other industrial consortiums that has resulted in OPC working groups developing companion specifications for the organisations respective information models.

Stefan Hoppe studied electrical engineering at the Technical University of Dortmund, Germany. Since 1995 he has worked for BECKHOFF Automation, starting as a software developer later as a lead Product Manager with focus on PC based Automation, connectivity and embedded software products.

You can reach Stefan under stefan.hoppe@opcfoundation.org 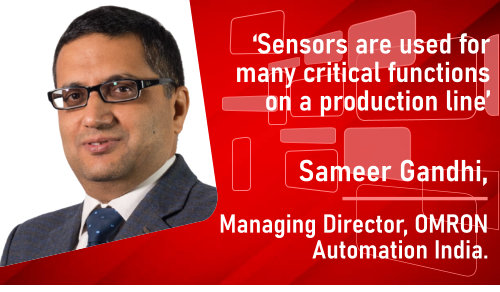 Sensors are used for many critical functions on a production line 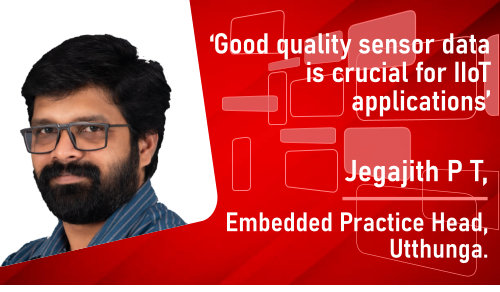 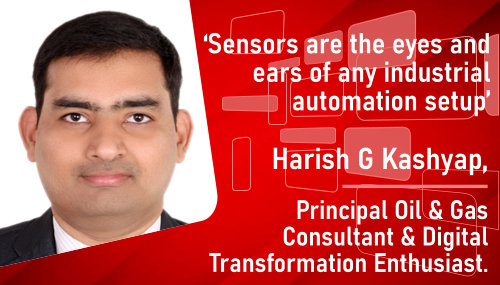 Sensors are the eyes and ears of any industrial automation setup 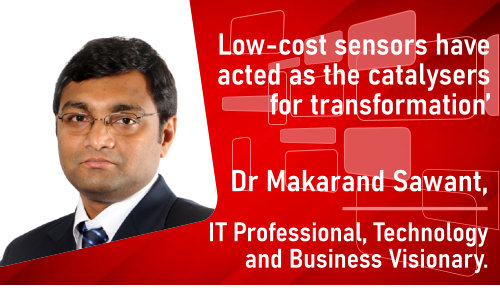 Low-cost sensors have acted as the catalysers for transformation

Smart sensors are easy to install and integrate 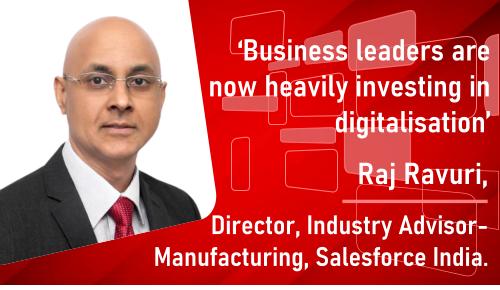 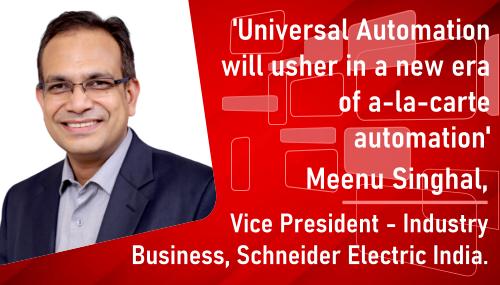 Sensors are the eyes and ears of any industrial automation setup...

Low-cost sensors have acted as the catalysers for transformation...

Smart sensors are easy to install and integrate...

Universal Automation will usher in a new era of a-la-carte automation... 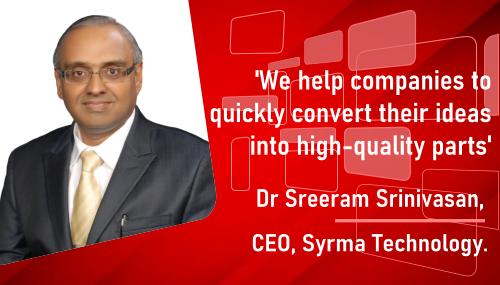 We help companies to quickly convert their ideas into high-quality pa... 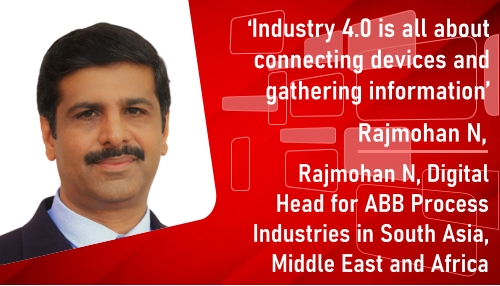 Industry 4.0 is all about connecting devices and gathering informatio... 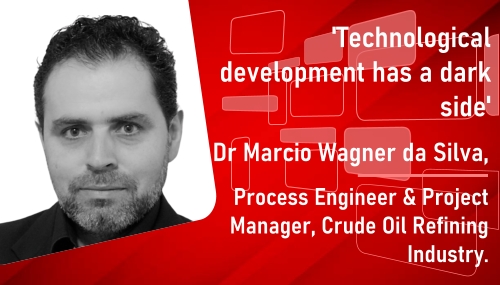 Technological development has a dark side... 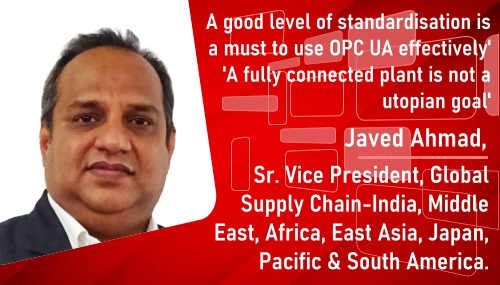 A good level of standardisation is a must to use OPC UA effectively A... 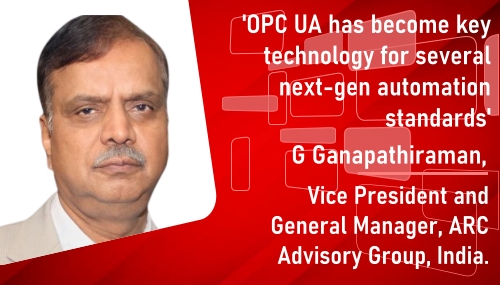