What is the present status of the Smart Cities Mission in India?
Smart cities were intended to be a solution to waste management, air pollution, traffic congestion, and inadequate resources and thus improve the quality of life. India's Smart Cities Mission has identified 100 cities, comprising 21% of India's population, to be rehabilitated from January 2016. However, 49% of the 5,196 projects from which work orders were issued in all cities remain unfinished, according to government data. Of the 33 cities that completed five years this year, 42% of projects are incomplete. Part of the project funding would have been provided by the central government, and part of it would have been supported by provincial administrations and local organisations. The exclusion of private companies from Smart Cities Mission has caused significant financial delays. Indian cities are very different from advanced and developed cities. There are still a lot of backlogs and, given the core priorities of sustainability, the intended progress of the Smart City projects will be slow.

Smart Cities Mission envisions developing an area within a city as a model area, which is expected to have a rub-off effect on the rest of the city. How realistic is this?
Yes, the effect of rub-off is very real. Its basic human psychology to be influenced and imitate the good that is happening around, and the same is true with the areas neighbouring a smart city. In India, the smart cities are nominated and selected based on sustainability challenges. To begin with, smart cities bring in an influx of funding from central and state governments as well as large scale employment creation. A successful smart city model will ensure water conservation, energy saving grids, waste management, smart traffic management, electric mobility, and infrastructure development. All of these factors will enhance the happiness index among the inhabitants of the city. Smart cities will bring new industries, job opportunities, and expand connections with the rest of the country. Such developments will encourage the other parts of the city or the neighbouring cities to adopt the smart model. A positive rub-off effect will prove to be a boon to India’s Smart Cities Mission.

Sustainability is one the core tenets for Smart Cities. How sustainable are the Smart Cities nominated so far? Can our smart cities achieve a net zero emissions goal?
The nominated smart cities are moving towards a more sustainable ecosystem. Technology in conjunction with ecological stability is not only smart, practical and sustainable but also successful in the long term. In addition to integrating sustainable and eco-friendly processes into the construction phase of an individual building, being an eco-friendly and sustainable township is also about using methods that help in overall energy efficiency and waste management. Cities, however, face their own basic problems, but the blueprint envisioned for the nominated smart cities is taking it on a sustainability path. The CEA has done a projection for the country’s energy mix for 2030. According to this, India’s installed capacity of non-fossil energy for electricity generation – solar, wind, hydel and nuclear – in 2019 was 134 GW and by 2030 it will be 522 GW. This will require solar energy installed capacity to go to 280 GW and wind energy to go to 140 GW. According to this, total installed capacity will be 817 GW and power generation will be 2,518 billion units in 2030. Under this scenario and energy trajectory, India will be able to meet its 500 GW of non-fossil fuel energy capacity by 2030.

If this is achieved, then our smart cities will achieve the goal of net zero emissions. Fingers crossed!

Can smart cities be powered by clean electricity through decentralised grids?
Decentralised renewable energy sources (DRE) such as solar panels, mini or micro grids and rechargeable batteries have shown promise in ensuring equitable access to sustainable energy. Solar photovoltaic technology, a popular DRE technology, has already replaced more than half of the diesel-powered systems in rural India.

The present status – out of the total installed renewable energy capacity of approximately 90 GW, only 5% of this is DRE, which is only 1% of India’s total installed electricity capacity. Indians are reluctant to switch to unreliable energy sources due to limited grids because of geographical constraints and frequent energy cuts. Less attention is paid to DRE and off-grid development, and the allocated budget is merely Rs 460 crore.

How to deal with this? Change of mindset and educating the masses regarding DREs and their long-term benefits, preventing theft of power and participation of the private sector. Political parties need to understand the benefits associated with the DRE and make space for these private players in their political agenda of employment and poverty alleviation. Mini decentralised grids are the immediate short-term answer to the success of smart cities.

How do the 100 cities nominated for the Smart City Mission fare in terms of Electric Mobility – not just passenger EVs but transport systems?
In terms of electric mobility, the performance of the 100 smart cities has been sadly underwhelming. Only major nominated smart cities, a few to name – Thane, Kalyan Dombivli, Pune, Delhi, Chennai, Surat, Bangalore – have been able to, in limited capacity, enjoy the fruits of all the planned EV transport systems namely – Rail-based Mass Rapid Transport System (MRTS), Light Rail Transport System (Metro Lite), Bus Rapid Transport System (BRTS) and Electric Vehicles (EV). As of today, even in major cities like Pune and Mumbai, the planned deadlines for metro rails and electric buses have not been met. Myself being a resident of Pune, the delays with these projects are annoying and the traffic congestion and mismanagement while this infrastructure is being built are severe. Delhi on 24th May 2022 received 150 electric buses from the central government. Sadly, the focus is on who gave these buses – centre or the state – not on the larger picture. This tug of war between the state/UT and central government related to finance and gaining a political upper-hand could prove to be a huge roadblock for the success of smart cities in the country. The EV transport system infrastructure requirements are directly proportional to the population, footfall, industrial setup and revenue generated by the city or area under consideration. The budget allotted is also directly in line with the above criteria. So, cities falling under these boundaries will effectively reap rewards of better and larger EV transport networks. Smaller Cities might have to wait longer.

Additional power availability on existing grids – India’s current energy grid system will not be able to cope up with the additional demands of charging many EVs at the same time. A mere 30 percent EV addition in Indian cities will require about 5-8% more power generation capacity than normal.

Finance – Most cities that run their own public bus transport may not find the money in their budgets and require state and central assistance. Even cities with state-run bus services will require investment to transition to electric buses.

Additional pain points – E-waste management, poor road quality, and fear due to recent electric vehicle fire incidents. A more realistic timeline needs to be re-calculated based on how quickly the above constraints can be addressed.

Even additional parameter – “sustainable business model of Integrated Command and Control Centres and innovation in Covid-19 management” – was added, which shows the mission's ambition to be in-sync with the latest global challenges making the cities ‘smart’ in true sense. To elaborate, Pune was ranked 10th in 2021. The major factors included new ideas, modernisation, better living conditions, access to over 100 schools and universities, infrastructure projects, which boosts the economy and makes the city more environmentally friendly. Pune has an area of 1100 sq.km. Comparatively, Coimbatore which has an area of 105 sq.km and brings in a way less capital than Pune, is ranked way above Pune at 4th. Main factors for this higher rank were that it was named ‘Green City of India’ in 2008, and it still is. It is also known as the ‘Energy City of India’. This proves that the ranking system is unbiased and takes into account the parameters set for ranking.

Sumeet Thakur, Solution Architect & Requirements Manager, is experienced in planning and designing Smart Cities, ATMS and Speed Enforcement Projects. He is currently working with Ador Powertron Ltd, with focus on creating awareness and making a positive impact on lives by promoting the use of Smart Traffic Control Systems. The mission is to save lives on Indian roads. Having worked on numerous Smart City Projects – Cyberabad, Rachakonda, Raipur, Shillong, Nagpur, Agartala, Chennai, and Itanagar – Sumeet’s responsibilities include tender analysis, providing technical solutions, data assessment and designing products in-line with the smart cities mission of India. 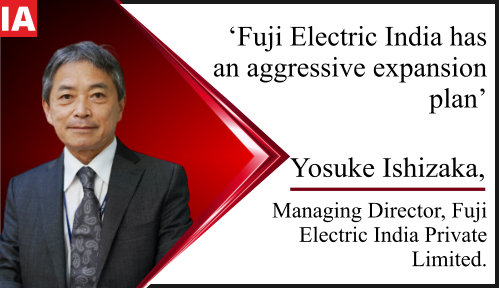 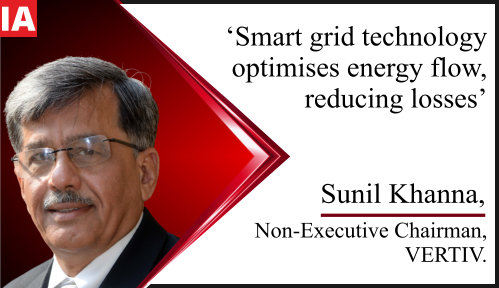 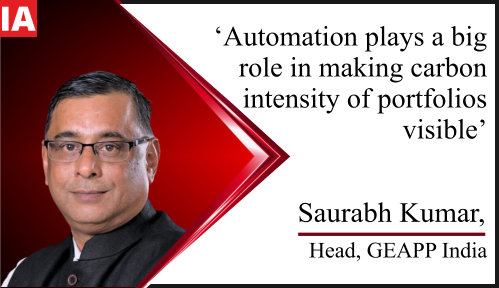 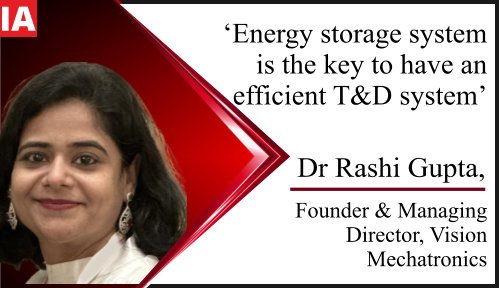 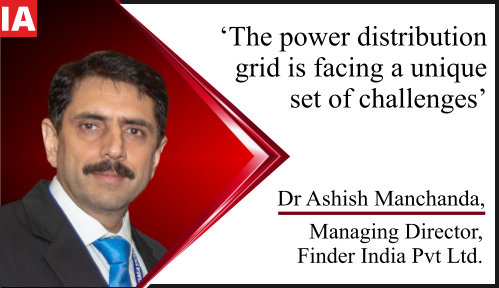 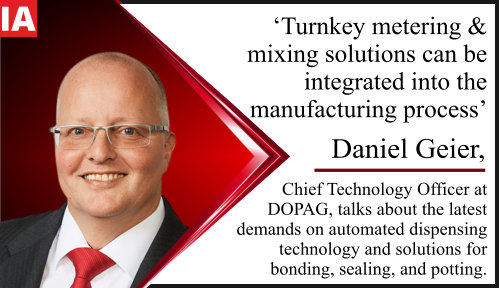 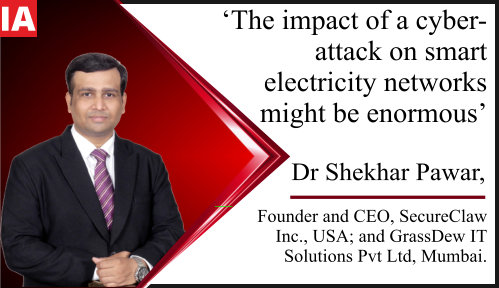 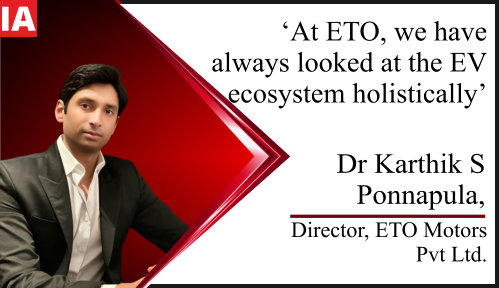 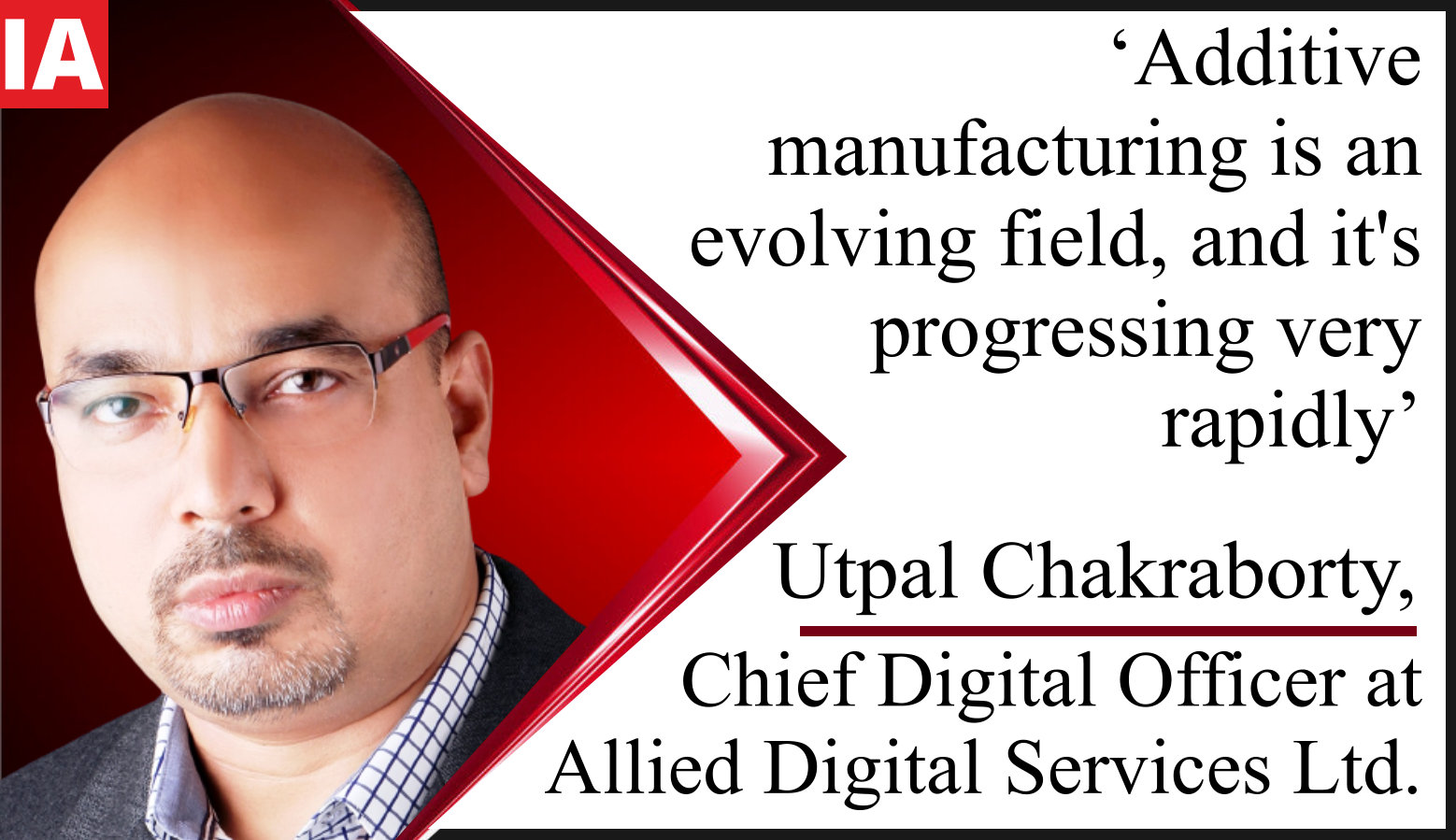 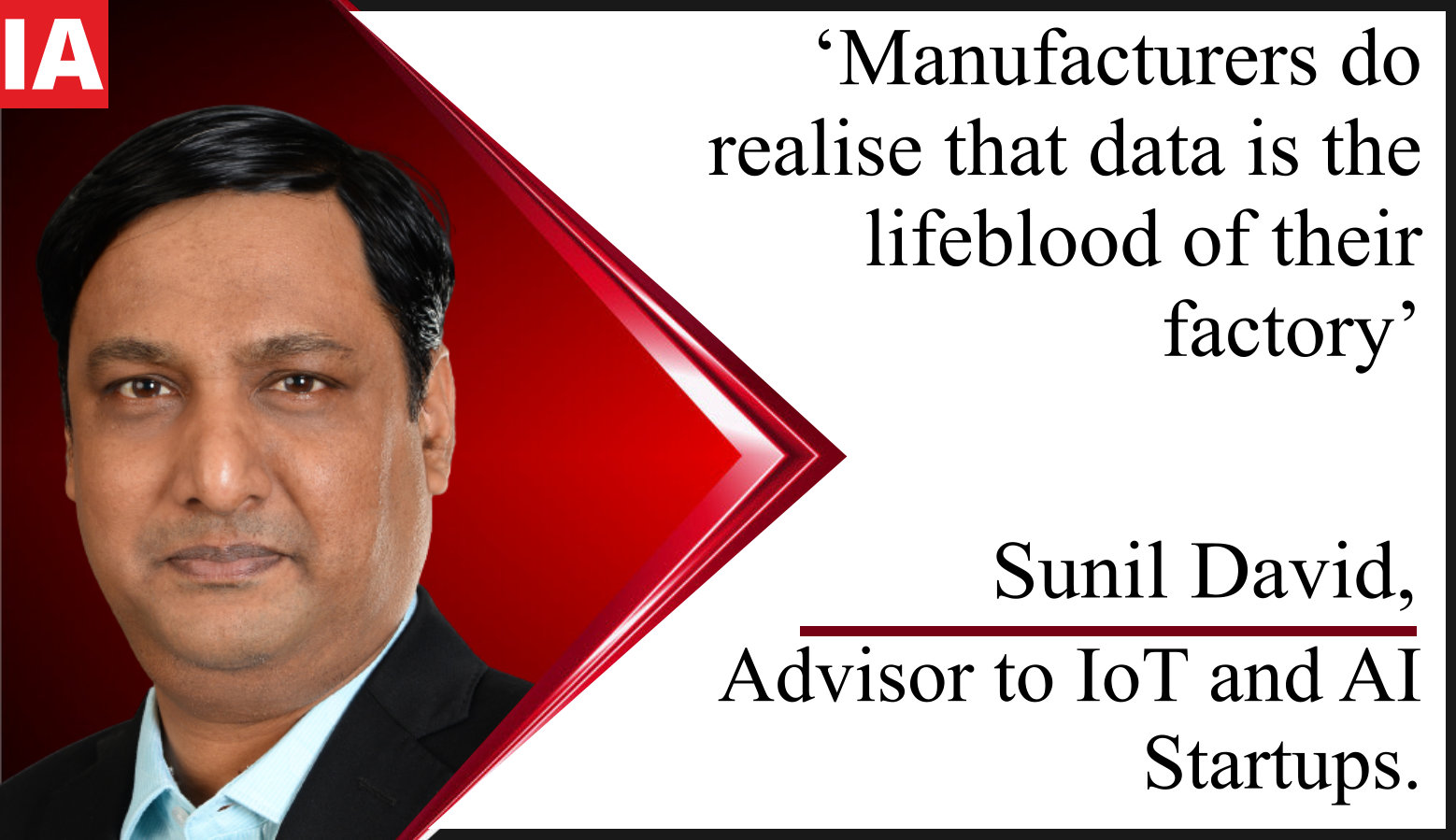 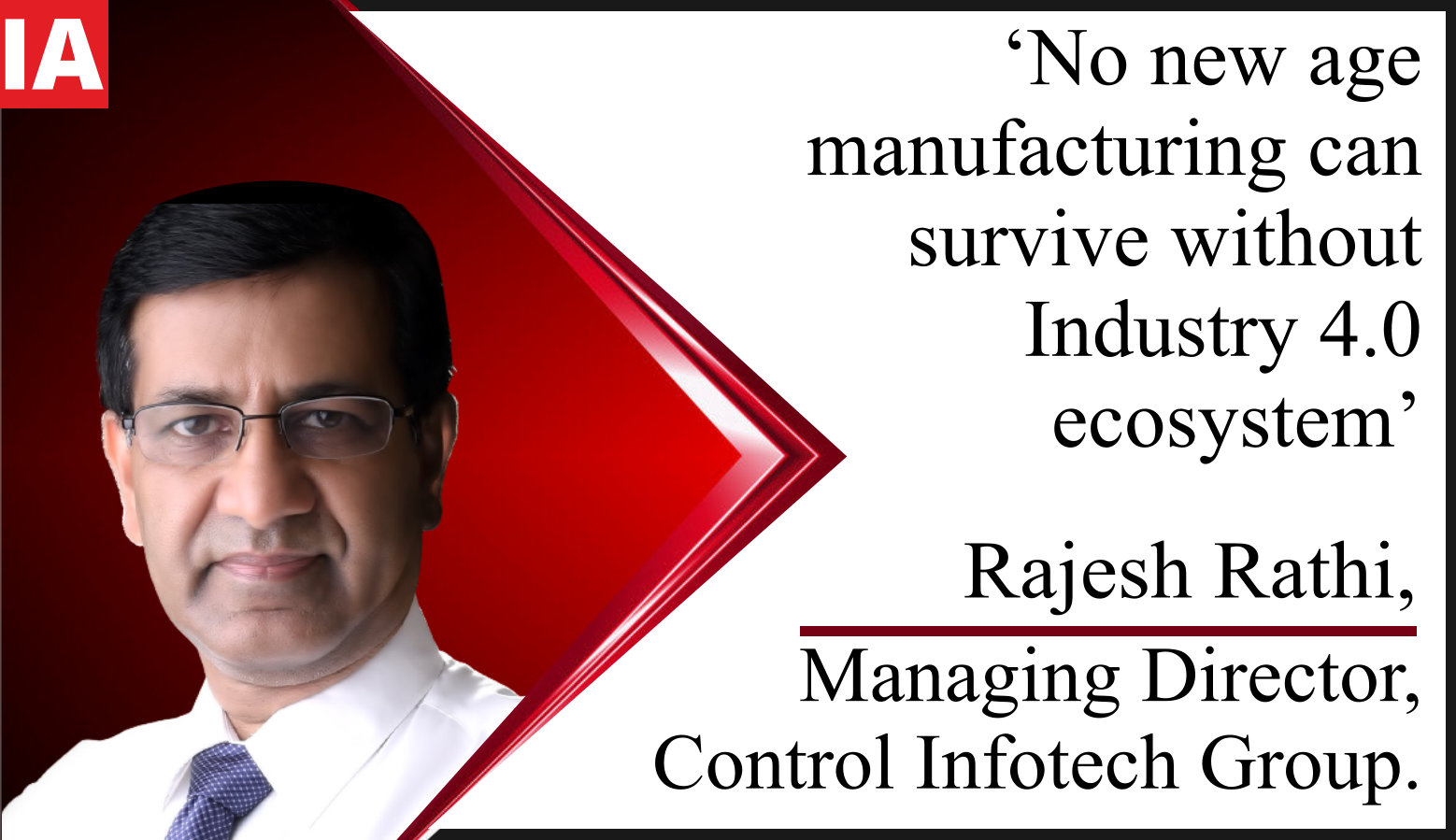 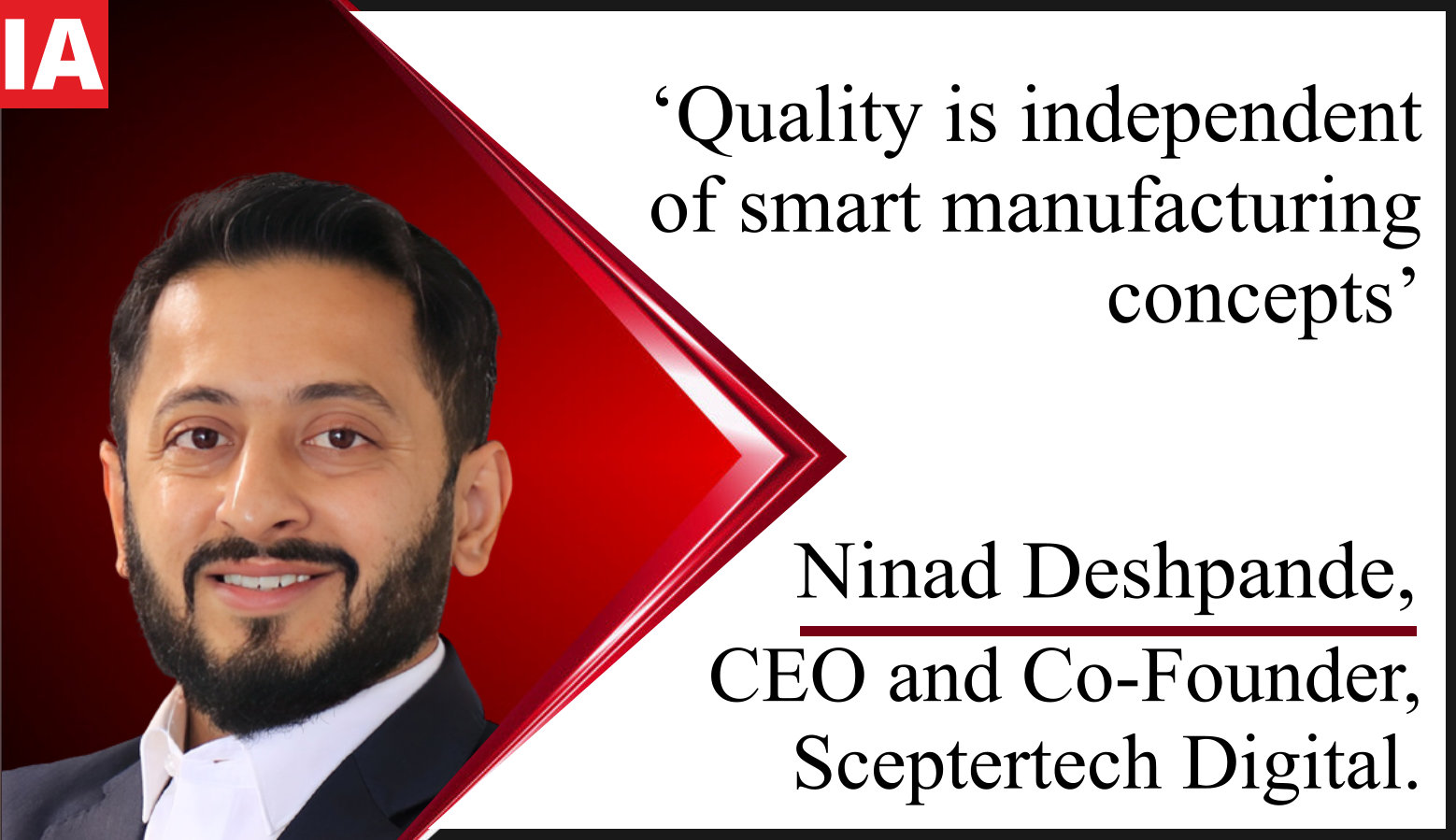