Smart Sensors do find it an uphill struggle to displace conventional sensors. Is this true and what could be the reasons for this?
In a cost-sensitive country like India, where the adoption of Sensors itself is quite low, the adoption of Smart Sensors is expected to be slower. The key benefits of the usage of Smart Sensors lie in the fact that they are ‘Intelligent’ sensors and come with decision taking capabilities. They also perform logical operations. This brings lots of benefits to end-goal as with increased automation comes increased efficiency and lesser error window. The RoI that lies in the introduction of Smart Sensors has not yet been visible to the common user. I believe that there are 3 key roadblocks that lie in its adoption: (1) the lack of technical knowledge in the operation of Smart Sensors, (2) the fear of the loss of control on the automated decision making process, and (3) potential higher costs of adoption.

What are the technical issues in installation, commissioning and constant calibration of smart sensors? What are aspects to consider in remote maintenance?
The key reasons why constant calibration is a need for Smart Sensors is that it needs to adjust to the incidents surrounding it, thereby taking more intelligent and practical decisions. However, the lack of adequate knowhow in implementing Smart Sensors and also maintaining them in due course – adds to the complexity. The government and local bodies have a huge responsibility in ensuring a faster adoption of Smart Sensors, especially in industrial automation and shop floors. This can also be particularly beneficial in hazardous conditions where manual intervention is an impossibility. Also when adopted successfully to replace 24x7 monitoring support, Smart Sensors offer an immediate cost benefit.

From sensors to the cloud – is this just a slogan or is it happening really? What are the practical issues? Do you expect 5G to bring in a big change?
Smart Sensors are a reality and here to stay. These are aimed to facilitate industrial operations, reduce risks and reduce decision making errors due to manual judgement. Of course, with greater adoption would come smarter decision-taking capabilities and 2027 should be the year when we can expect the benefits out of Smart Sensor usage to bear fruit. Two key practical issues can be the initial cost of adoption and the high network speed. Fortunately, India is just at the cusp of a 5G revolution with the 5G auctions recently having taken place. Most telecom providers are quite excited about this with some of them already infrastructure-ready. With the Government offering incentives on Smart Sensor-adoption and 5G being available, both these two practical issues should be easily resolved.

Since sensors are intelligent devices with possibility to connect to internet, how would the cybersecurity aspects get addressed?
Issues associated with data protection in Smart Sensors are widely recognised. Fortunately most Sensor manufacturers have been looking into it and most Smart Sensors now come with very strong encryptions that would take even the smartest super-computer a few billion years to crack them. However, it is still advisable to store the data in secure cloud networks rather than on-premise systems (which are far more vulnerable).

How do you service existing brownfield plants? Is it possible to have a mix of conventional sensors and smart sensors in one system without expensive interposing devices and gateways?
While it is certainly technically possible to have a hybrid mix of conventional sensors (RFID, etc.), and Smart Sensors, the goal should always be to shift to a complete transformation into a Smart Sensor world. A hybrid model also comes with long-term compatibility issues. Hence a hybrid model should be considered only as an intermediate step.

Sanjay Guhathakurta is the Industry Leader for Manufacturing in IBM India and is also an Industry Academy Member in IBM worldwide. He is also an Inventor and a reputed speaker on Industry 4.0 topics. Some of his innovations and PoVs have been adopted by the Government of India and multiple clients.

An alumnus of London School of Business, Sanjay has several years of experience in working with various global clients in the Manufacturing space, helping them in their journey on Digital Transformation. Sanjay is a passionate public speaker, having represented in various platforms from Chamber of Commerce and Universities. His articles around metals & mining have been adopted by the Ministry of Steel, Govt of India. Sanjay holds 2 Patents in the field of Applicability of Artificial Intelligence in Manufacturing. He can be reached at www.linkedin.com/in/sanjay-guhathakurta or sanjayth@in.ibm.com Hybrid IT Solutions – Getting the Best of Everything 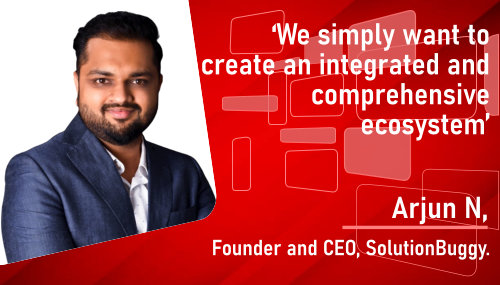 We simply want to create an integrated and comprehensive ecosystem We are an innovation-led, robust, cutting-edge technology organisation 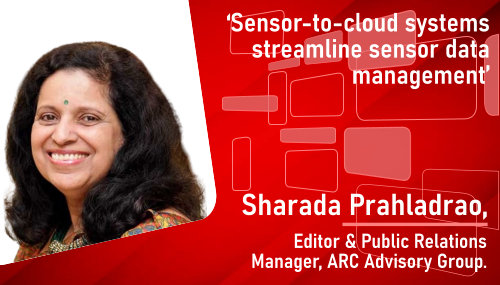 Smart sensors need a CPU to process the information 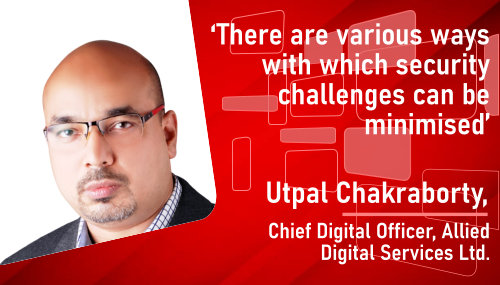 There are various ways with which security challenges can be minimised

Hybrid IT Solutions – Getting the Best of Everything...