The new generation of luggage-sized AGV is lighter, stronger and, above all, smarter. The Bavarians are also capable of producing the robot themselves in series with car parts.

The new version works with a navigation concept based on the surroundings. Before commissioning, the robot drives around the new environment, creating a map via a SLAM algorithm (simultaneous localization and mapping) to serve as a basis for determining the ideal route. Should the surroundings change later on, for example due to people or machines that cross the robot’s path, it is capable of stopping immediately or bypassing the obstacle with the help of a time elastic band (TEB) approach.

The performance values of the vehicle have also changed. While the initial version could move loads up to 550 kg with a dead weight of 135 kg, the new robot features a dead weight of 120 kg and is capable of moving up to 1,000 kg. The engineers are also working to increase the current speed of 1.2 m/s to 2.2 m/s. 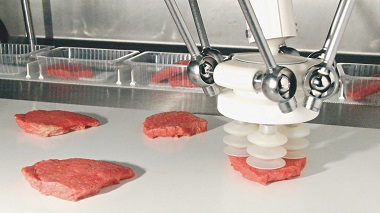