PV Sivaram makes a case for small incremental modifications for adoption of Industry 4.0 instead of attempting full-scale transformation at one go.

The Fourth Industrial Revolution or Industry 4.0 is a set of strategies to enable businesses to grow while remaining profitable. I4.0 provides a resilience to withstand disruptions to business environment by acts of god or man or even by emerging new technologies. The strategies of I4.0 recognise that industrial production processes, in addition to producing products and services, also throw up a valuable resource in form of DATA. This data, suitably processed and analysed, can yield insights to improve production efficiency. The concept of I4.0 has been around since about year 2011, but gained traction around the world a couple of years later. India became serious about it in year 2014-15, meaning very early. The Government of India has undertaken several initiatives to promote adoption of I4.0 by manufacturing Industry.

In spite of active promotion by government, in spite of several incentive schemes, in spite of about five years of active evangelism, adoption of the Fourth Industrial Revolution or I4.0 in India is yet at a nascent stage. Why is this so, and what can be done to accelerate the progress? I4.0 has been viewed as a technology issue and a technology solution. Identification of the underlying problem and the solution are largely engineer-centric. I wish to argue that implementation of the solutions is a management project, and implementation should be people-centric, to achieve success.

I4.0 is actually a journey on which every organisation must embark. As it is a global phenomenon, it is not a choice if a company will undertake the journey, rather the question is when it becomes a top agenda for the company. Similar perspective can be obtained for Indian manufacturing as a whole. Importantly we must recognise that there will be players at different stages of the journey at any given time. It is hardly to be expected that all businesses will be marching shoulder to shoulder. Yet, the strategy of I4.0 yields best of benefits when the entire supply chain and delivery distribution chain all adopt the techniques. To that extent, it is

imperative for industry leaders to take all their ecosystem along on this journey. Obviously, in this ecosystem of tier 1,2,3 suppliers, there will be entities of different financial strength and technological capability. The technologies of I4.0 are closely akin to high capability of automation and Information Technology. These technologies are widely implemented in consumer space. We witness use of online transactions, GPS navigation systems, and similar services on an everyday matter of fact basis. However, the same is not witnessed on a shop floor to that extent.

India had recognised the importance of I4.0 quite early. Government had announced that they are behind this scheme. From the highest level there have been exhortations to move towards I4.0. There have been several schemes to incentivise investment into data technologies. Government has promoted organisations to help and handhold companies on this journey. One of the prominent initiatives is SAMARTH Udyog (Smart Advanced Manufacturing and Rapid Transformation Hub). SAMARTH Udyog envisages running of awareness campaign to develop a fertile ground for I4.0, a scheme to develop master trainers, to implement a slew of pilot projects at industries, mostly focusing on MSMEs. In addition, there are programs to interact with students and universities, and also to incubate start-ups. This all-round approach triggers a sustained movement.

Is there an urgency now?

Yes. It is urgent to move forward with our I4.0 journey. There are rapid changes happening in geo-political environment, and also in the economic alignments. We do recognise that India possesses a strength in manufacturing to develop an aspiration to be a supplier of finished goods to the world. This will reverse our colonial legacy of being exporter of raw material and importer of finished goods. This is an inspiration pertaining to our slogan of ‘Make in India’. This has to be coupled with the call for ‘Atmanirbhar’. Atmanirbhar is a call of India, not to be at mercy of any imports for economic wellbeing. Whereas for criteria of efficiency and economy, some production inputs may be outsourced from beyond our borders, that cannot become a lever to dictate our policies. So, we must develop a capacity to be able to be self-sustaining, should the circumstances so dictate. Therefore, if we couple these two movements, we have to move in the direction of I4.0 with full speed. There is even our urgent wish to grow the economy at a high speed, to take our place at the table of economic leaders of the world.

Initial steps for promoting Industry 4.0 have largely looked at creating awareness of the topic itself. A structure was developed for running awareness programs and coaching of trainers. Several pilot programs have been executed. Yet today the situation is that there is no ground level movement towards I4.0

Secondly, the benefits of I4.0 as presented to potential implementers had been listed out. These benefits, so well presented, were such which would occur only after a complete company-wide or even industry-wide implementation took place. In other words, they looked much exaggerated, and far away with long gestation period. Thirdly, the process has been projected as transformation (Digital Transformation). A transformation is itself highly disruptive. Every disruptive transformation is a business risk. The digital transformation landscape is so new, uncertainty is high. Business owners find it difficult to create a Digital Vision for their organisation at the end of the transformation process. Fourthly, the financial investment. Business owner is well justified in asking the ‘Return-on-Investment’ or RoI question. This question is important for the Early Majority and even more for the Late Majority.

So, then is it such an uphill task?
What should come after awareness creation? It should be recognised the movement is about a big Change Management. I4.0 is not just about inducting shiny new high-tech gadgets into the business premises. It is about making a digital way of work as a daily routine. A change management program needs ownership by all stakeholders. Co-opting the rank and file is important. Else, there will be resistance on the shop floor.

At present, the products of I4.0 are being driven by supply-side motivations. There is a big market value for these products, and many companies and start-ups are gearing up to deliver these goods and services. Awareness initiatives undertaken by vendors are viewed by potential buyers through the framework of questions raised above. The next step after creating awareness is of course to look for business. But I suggest, to pitch for a full-scale transformation or revamp of the business operation can be daunting. Rather than that, it is better to go for an orchestrated introduction of small incremental modifications. The biggest resistance to change comes from the need to let go of old habits. We should look to retain old practices, but make the efficiency, ease of work, and quantum of value addition higher by using digital technologies.

In this manner, digital technology will become part of daily work, and gradually displace legacy tools, much like smart phones displaced earlier fixed phones. The same gadgets gradually can achieve more functionality, and over a period of time make the workplace more and more digital. If all people in the organisation become digital-friendly, to evolve a digital vision for the organisation with support from all becomes possible. Then the chances of successful digital transformation highly increase.

An actual Use-case
Centre for Industry 4.0 – C4i4 Lab, based in Pune is a member of SAMATH Udyog centres, and implements the initiatives of GoI in matters of I4.0. C4i4 has conducted many awareness sessions regarding I4.0. Many training courses are in progress. Some pilot projects have been implemented. Currently, C4i4 Lab is developing a state-of-the-art experience centre to showcase technologies like IIoT, Connected Factory, Artificial Intelligence and Discrete Event Simulation. The strategy of continuous innovation has been used by C4i4. At this stage of un-lockdown, one of the matters of paramount importance is worker safety. C4i4 developed and deployed an app- based solution called ANZEN, to monitor worker health, and suitability to enter into workspace. Further steps would be to monitor physical distancing. Smart phone is the central gadget used. The application also incorporates attendance monitoring, with direct interface to the company HRMS systems. Hence there is benefits to the workers, to the HR and to management.

Another app developed and deployed by C4i4 is NAVIGATE. In assembly units, warehouses, bespoke production plants, and distribution centres, the traditional material picking process is highly manual and reliant on picking personnel familiarity with warehouse layout. NAVIGATE is a BLE Bluetooth based Indoor Navigation solution that helps workers inside factories reach their desired picking location by providing visual guidance using their smart phone. There are several more apps in the pipeline. It is hoped that by using more and more such apps, companies will become more proactive towards welcoming digital technologies. We expect a cascade effect out of this.

The early days of promotion of I4.0 leaned heavily on concepts and strategies of Western Countries. We have discovered that, like in everything else, even in I4.0, India needs own approach and strategy. A strategy is now emerging after much experimentation and churning. Now the prognosis is optimistic.

PV Sivaram was the Managing Director of B&amp;R Industrial Automation and had founded and built the organisation in India since 1996. He is also the Past President of Automation India Association (AIA), and a Mentor at C4i4, Pune which is a part of Samarth Udyog Initiative by Department of Heavy Industries. Sivaram began his career in Bhabha Atomic Research Centre (BARC) where he has worked on Reactor Controls. He later shifted to the electrical engineering major Siemens before joining B&R Industrial Automation. Subsequently he founded the Indian Subsidiary of B&amp;R Industrial Automation – now part of ABB. He grew the company over twenty years making it one of prominent Machine and Factory Automation companies in India. Sivaram has worked in various fields like Power Transmission and Distribution, Communications, and Power Plant Automation. At B&R he has led projects on Machine and Factory Automation in all verticals like Plastic, Pharma, Textiles, etc. He has considerable experience in Distributed Systems, SCADA, DCS, and microcontroller applications. He has worked on software for redundancy systems and managed large projects both in public sector and private fields. He has nearly forty five years of work experience. After retirement from B&R he is actively engaged with C4i4 primarily as a Mentor and as an evangelist for Digitalisation. Sivaram believes strongly that digitisation and adoption of the technology and practices of Industry 4.0 are essential for MSMEs of India. He works to bring these concepts clearer to the people for whom it is more important. 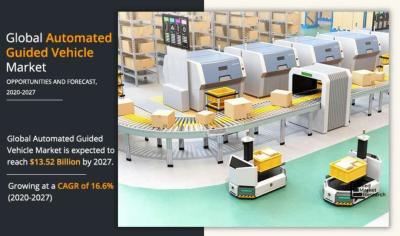 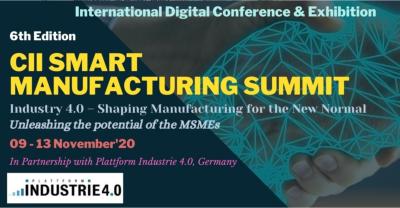 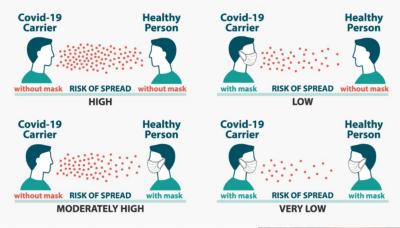 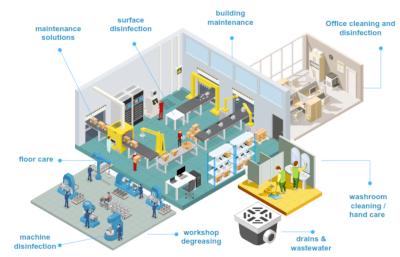 Waking Up the Plant... 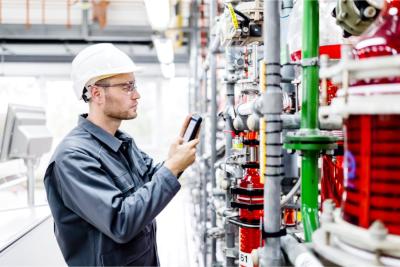 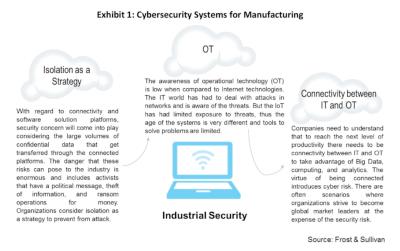 The next world war will be a cyber war, and it may have already begun... 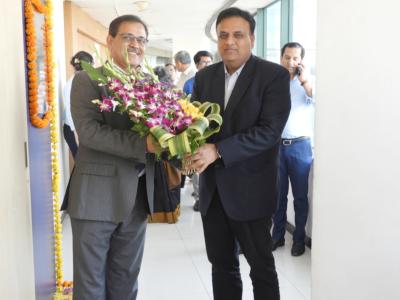 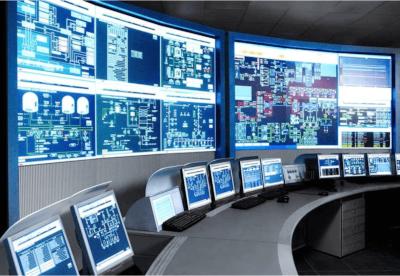 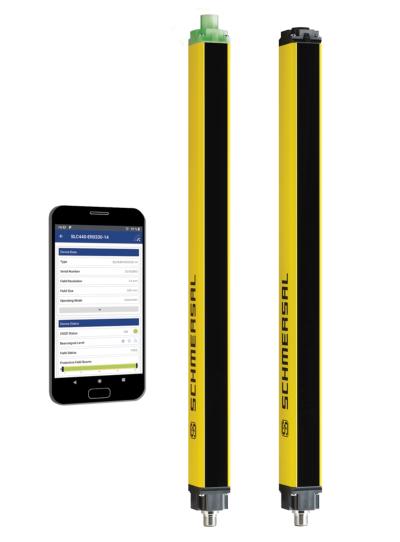