As industries are racing to catch up with Industry 4.0, it is all the more important to get a large number of basic automation projects done, opines PV Sivaram.

Automation is a topic which excites everyone. In the personal area or home area, automation is aspired for, we want more routine tasks to be automated. However, in the industry environment, the reactions to Automation are mixed. Even if we already have many plants highly automated, yet every new project starts off with an element of risk with regard to achieving a successful closure.

Automation projects have well stated benefits
Improvement in process efficiency, improvement in product quality, increased through-put, safety at work-place, reduction of wastage, etc. More than everything else, an automated factory creates a positive image for the organisation, and can be used as a selling point for the manufactured products. Therefore, a group of decision makers perceive it is a desirable entrant into the organisation.

There is space for a contrary view as well. Others might feel challenged by anticipated complexity of handling sophisticated equipment. There may be a group for whom the cost implication is seen as a negative attribute and hence might oppose the project. Another group may view automation as a preliminary step towards reducing head-count.

Because of the positive benefits statement, it is usually a smooth task to get a sanction for the project. But, because of the emotional issues involved on the negative side, progress of the project is not always smooth.

There are automation projects of all shapes and sizes. To start with are the plum jobs – a green fields project where a new plant is coming up, and automation is built into the specs. Here again, there are big and small projects. In bigger projects there may be a large amount of competence available at the buyer side – perhaps even a consultant. In small projects sometimes a vendor is pulled in to become a de-facto consultant.

The most challenging projects are introducing automation into an old plant with legacy machines which are still producing. We are referring to plants and machines which need to be controlled as opposed to a data acquisition system. Purpose of automation in this case is to increase the performance of the old plant. The project usually involves upgrading to electro-mechanical components, which is a complication for automation projects.

It is possible to navigate through these obstacles and hurdles with appropriate strategies. Let us examine the problems and work out some tactics. Let us look at some significant aspects of the project, in specific context of an upgrade of a legacy plant or machine, in a SME environment. We will examine five areas one by one.

One – Identifying areas for automation
If there is no clear-cut vision communicated by the CEO for automation in the project, then the contours of this project get blurred. To create an island of automation might suit the present needs. But such a project does not provide for the needs of the next step. Therefore, as we are nearing the end of this project, the specifications and definition of success tend to get modified.

Right at commencement, there needs to be a definition of project success. This should be written down. If the goal is reduction in energy consumption, then by how much? If the goal is to reduce wastage, then by how much? For all this, the starting point – what is it today? How much is the energy consumption today? Without this, improvement cannot be measured, and success not definite. These measurements bear upon the RoI of the project.

When there is a clear-cut definition of success, and a measurement of progress, it will also be possible to create an initial proof-of-concept. This will save much heart-break later on. Similarly, it might be worthwhile to define a make-or-break point where a decision is taken to continue or abort the project. A proof-of-concept PoC can be made using modelling and simulation. This may have another benefit. If the original aim of the project was stated too low, by looking at what could be possible by small additional investment, might result in a higher budget.

One issue frequently encountered is incomplete communication from top management downwards. The items from our earlier discussion – vision for the organisation, definition of project success, how to test the project success, must be clear with the project manager from client side, as well as vendor/implementer side. A second issue is regarding technical competence at the client team. Implementation is being done by the integrator, but still going forward several small decisions need to be taken at various stages. This requires a competence level with client managers and engineers.

It is worthwhile to invest in training at an early stage if there is a need. If multiple agencies need to work in tandem – immediately we think of the electromechanical modifications, then client engineers should keep both teams well informed of decisions and activities throughout the project. Frequently we encounter client sourcing different automation components from different vendors, leading to many problems at commissioning time in terms of interoperability.

Three – Comparative evaluation of solutions
This is done at the stage of vendor selection. But, by the time training is done, a detailed solution scheme is presented and proof of concept is shown, perhaps new alternatives present themselves. It is worthwhile to examine these alternatives once again, and recast the solution scheme if it is warranted. Since a more clear view of the performance of modified machines is now available, a better calculation can be made about price realisation for products from the market and so business cases might be updated. An overview can be obtained if this project can be scaled up to cover other machines or plant wide.

Four – A plan of action
Even for small projects, a well-discussed plan of action is needed. Which activities are done offsite, which activities need to be done onsite, and which activities need a stoppage of production, need to be outlined. Planning is needed to make resources available – manpower, consumables, power, and so on. Indeed, if we are talking about making modifications in a running production aggregate, meticulous scheduling of shutdown, etc., must be made and agreed. These schedules can drastically alter the timeline of the project. It is all too easy to ask for a prolonged shutdown, but that may not be feasible. There are also cases where there is an emergency requirement for production, and the new project has to be paused. Among resources, one should not lose sight that advanced electronic equipment put forth requirements on power supply, environment, etc. This includes secured earthing and grounding, and an atmosphere free of elements such as dust, fumes, etc., which are hostile to electronics. These factors should be either taken care of independently, or written into project scope.

Five – Design and implementation
In the kind of projects that we discuss, design and implementation are not very clearly separated. It would seem that they march hand in hand. Part of this arises from the very first step of planning – specifications are sketchy at the beginning. One area of Supervision of implementation is a serious task. Many times, part of the project work is executed by the client. So there needs a common supervision of work done by various vendors and clients as well. In larger products perhaps a ‘neutral’ agency might perform this supervision and coordination. But in projects with smaller budgets, it is advised to reduce the number of vendors involved to reduce overheads of coordination.

Automation is seen per se as a part of the Third Industrial Revolution. Today when industries are racing to catch up with Industry 4.0 it is all the more relevant and important to get a large number of basic automation projects done. The hardware and software are present and ready. We need to skill up on the project management side to get success each and every time.

PV Sivaram, an Evangelist for Industrial Automation and Digitalisation, is the former Managing Director of B&R Industrial Automation, having founded and built the organisation in India since 1996. He is also the Past President of Automation India Association (AIA), and a Mentor at C4i4, Pune which is a part of Samarth Udyog Initiative by Department of Heavy Industries. Sivaram began his career in Bhabha Atomic Research Centre (BARC) where he has worked on Reactor Controls. He later shifted to the electrical engineering major Siemens before joining B&R Industrial Automation. 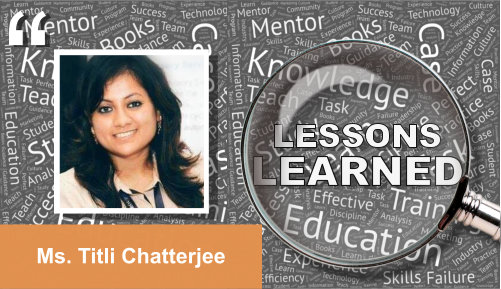 Unleashing the Full Power of Automation 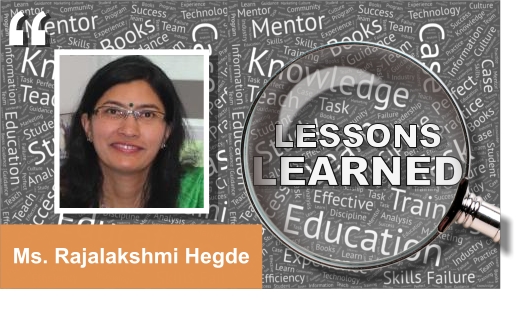 Learnings from My Journey as a Professional Trainer 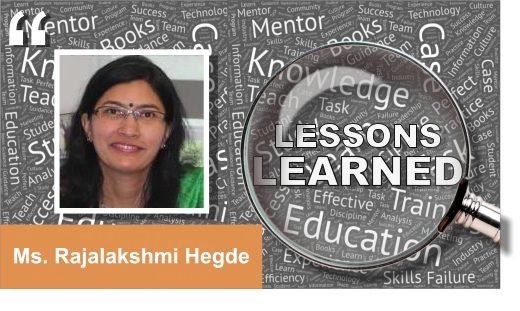 Learnings from an Automation Engineer 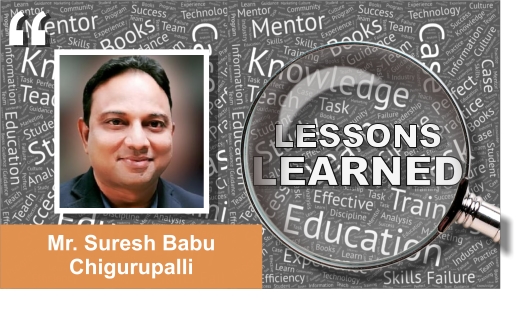 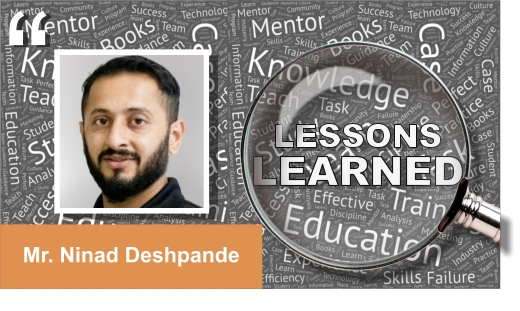